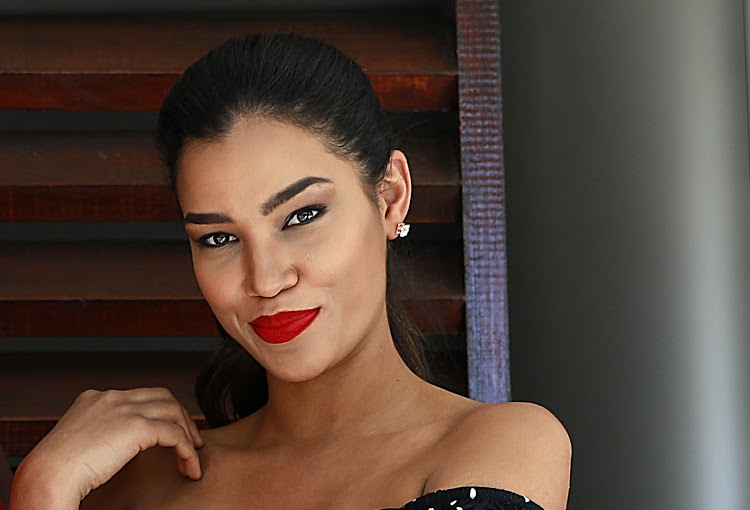 Sasha-Lee Laurel Olivier said she was not speaking up for herself, but for all women she represented.
Image: Alon Skuy

Miss SA Sasha-Lee Olivier has lambasted a weekend report speculating whether she is pregnant as the beauty pageant's organisation prepares to take legal action over the matter.

In an article headlined “Is she or not?", City Press claimed a recent photo published on Instagram by Central Square Sandton and showing Sasha-Lee sitting at a bar in a yellow dress “had everyone speculating on whether Miss SA Sasha-Lee Laurel Olivier has a bun in the oven”.

The report added: “If it’s true that there is a bun in the oven, it would be the first big scandal to hit SA’s most popular pageant."

The Miss SA organisation issued a statement on Sunday refuting claims made in the report, and said it would be taking legal action against the paper.

Sasha-Lee responded to the article in an Instagram Live broadcast on Sunday night, saying she usually brushed "fake news" aside but wanted to address the claims.

“I know I’m not pregnant. I know who I am. I am comfortable in my skin.”

She said she was not speaking up for herself, but for all women she represented.

“It’s not even about weight. It’s about every girl that hasn’t felt comfortable or like she does not fit in. You don’t have to fit in. Just be yourself. That’s all and that’s enough.

“I’m so disappointed in the fact that we’re supposed to be building each other up but we choose to break each other down. I hope this is a teachable moment for every single one of you. You have a responsibility to use your platform to build and lift each other up. Let’s focus on what’s important.”

The Miss SA organisation said it was “appalled” by the report and were taking “legal advice and action” in the matter.

“We replied timeously to City Press, who still went ahead and published a piece with comment from someone who has nothing to do with the current Miss SA organisation.

“The article is pure body shaming, implying that if Sasha-Lee is not pregnant then she is fat. We would have thought the managing editors, news editor and journalist, who are all female, would never have supported such an offensive article, which judges people based on their external appearance. Let us put it on the record that Sasha-Lee Olivier is a real person and is deeply hurt by what appeared.”

City Press did not respond to TshisaLIVE's request for comment at the time of publishing this article.

This article will be updated should comment be received.