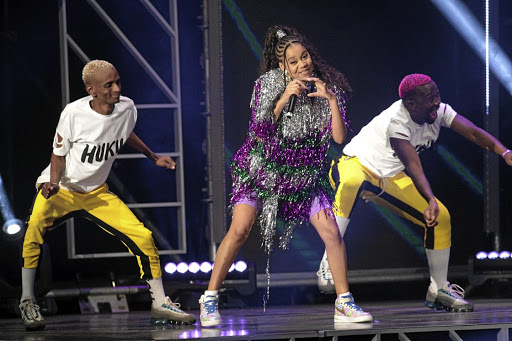 Recording Industry of SA (RiSA) CEO Nhlanhla Sibisi confirmed that while they plan to move forward with the 26th edition of the awards this year, Covid-19 has forced them to rethink how they will stage the Samas. Regarded as local music's biggest night last year, the big-budget celebration featured performances by Bongo Maffin, Trompies and Kelly Khumalo, while winners
included Sho Madjozi, Sjava and Black Motion.

Sibisi said the show this year will be virtually produced, although he did not state when and how this will happen.

"I can confirm that plans are under way to host a virtual Sama26 experience befitting the calibre and profile of an event as big as the Samas. Our teams are currently finalising details which will be shared in the near future," Sibisi said.

Sowetan has reliably learnt that the virtually produced special will stream over seven days. The nominations were planned to be released last Friday, according to a music industry insider, but had to be delayed as virtually producing a show of such magnitude is not easy and they are not ready to go public with their plans.

The awards are usually held during the first week of June, while nominations are revealed in late March or early April. Countless postponements have marred this year's celebration since the lockdown in March.

"Concerns have been tabled on how they will manage to keep audiences hooked for seven days. The issue of data being expensive in SA comes into play," an insider said.

The awards' official broadcaster partner is usually SABC1. Another source has revealed that organisers are allegedly in negotiation with pay broadcast DStv to move the show there. This year's awards are expected to reintroduce the Best Kwaito Album category.

Organisers National Film and Video Foundation (NFVF) issued an apology after technical difficulties overshadowed the show. "In trying to use technology to celebrate our industry, we faced unforeseen technical difficulties that severely hampered the streaming of the show," NFVF CEO Makhosazana Khanyile said. "Despite our best efforts, we were unable to deliver a show to the standards we had hoped for and for that we sincerely apologise."