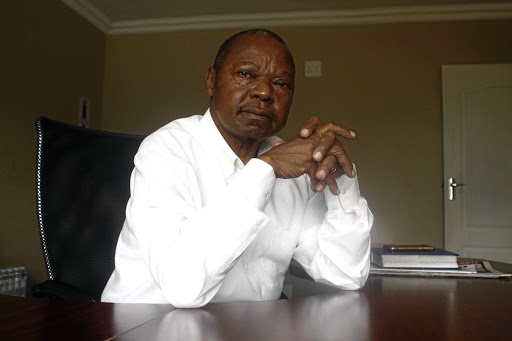 Chomane seemingly pulled out of his guest appearance on Lesedi FM's breakfast show at the 11th hour.

The revelation comes after the station went big advertising that Chomane and Motaung will co-host Monate Breakfast Show between 6.30am and 9am today.

Chomane memorably hosted Lesedi FM breakfast for about two decades with a massive listenership before retiring two years ago. 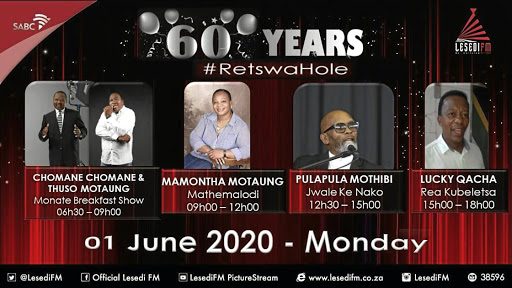 "The SABC can confirm that Mr Chomane Chomane was invited to present alongside Mr Thuso Motaung based on his rich history and knowledge of the station," said SABC acting spokesperson Mmoni Seapolelo.

"He will be reminiscing on the station's great events and memories. These giants of the airwaves have been paired together to offer the Lesedi FM's listeners the best experience as they are taken down memory lane by two hosts whose knowledge of the station is unmatched.

"It is unfortunate that Mr Chomane Chomane has taken a decision not to participate and we respect this decision."

TV and film legend Khotso Nkhatho, who is famous for his roles in shows such as Mopheme, is struggling to get acting roles.
Entertainment
2 years ago

When Sowetan sought his side of the story, someone picked up Chomane's phone and said he was not available for comment.

However, he took to Facebook yesterday to confirm that he was not part of the show in a now deleted post.

"I'm very sorry to disappoint you as listener[s] of Lesedi FM. I won't make it tomorrow morning. I presented the show alone why I must present it with Thuso (sic)," Chomane wrote.

As part of the 60th birthday celebration, Lesedi had invited other veteran presenters to return to the station.

According to a poster of the line-up, Mamontha Motaung will join the 9am to 12pm show; while Pulapula Mothibi will takeover from 12.30pm to 3pm. Lucky Qacha is expected to close between 3pm to 6pm.

"Chomane did the show alone for almost two to three decades. Thuso never did. Of all the people presenting, Chomane is the one who is still fresh and only gave up about two years ago," a source at the station told Sowetan.

"Mothibi last presented more than 20 years ago. Lucky about 15 or so years ago. All of them are presenting alone."

The SABC clarified that all the returning radio stars will be paired with other current personalities.

"As part of its 60th birthday celebration, Lesedi FM will embark on various activities to celebrate this major milestone by pairing old talent with new for specific programmes. These activities included taking the station's listeners down memory lane," Seapolelo said.

"It must be emphasised that none of the old personalities were going to present the shows on their own. The aim of inviting the old on-air personalities was to allow them to share their memories during their tenure at the station."