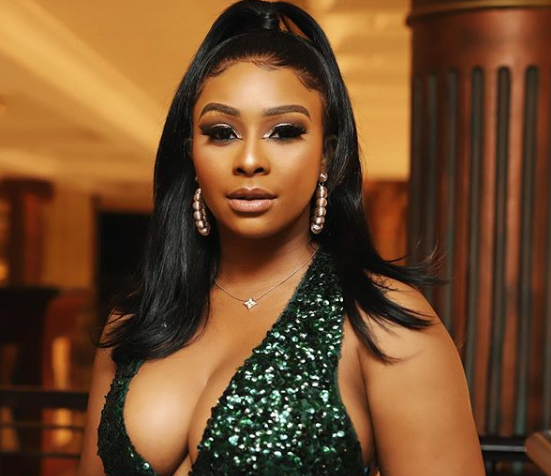 TV personality-turned-rapper Boitumelo "Boity" Thulo, who has been signed by international record label Def Jam Africa, believes the deal will open more doors for her.

Def Jam Africa, which is under the Universal Music Group, announced this week that it's spreading its footprint to Africa by opening offices in South Africa and Nigeria.

Def Jam Africa is attempting to follow in the footsteps of the iconic Def Jam Recordings label, its sister label, which has led and influenced hip-hop and black urban culture music for more than 35 years.

The move by Def Jam to establish an African wing to give African stars a platform to penetrate the international market has been applauded by music critics, who feel that Africa's time has come in terms of music and popular culture.

Boity, whose music career is still in its early stages, has released songs such as Bakae and Wuz Dat featuring Nasty C. She believes that anything is possible for the black female child.

The North West-born multi-talented entertainer who recently had her own reality show, Own Your Thrown, on BET Africa, says landing such a deal definitely means the sky is the limit for her.

US recording label Def Jam Records, which has been producing the best hip-hop talent for more than 35 years, is spreading its wings to Johannesburg ...
Entertainment
2 years ago

She said being on Def Jam Africa will lead to more opportunities for her and a much-wider market of consumers for her music.

Now that she has signed on the dotted line, Boity is set to drop her debut album and launch her music career in a big way.

Speaking to Sowetan, she says she has been writing the songs since last year, way before the deal came to light.

"I've been working on my project since last year. When me and my team feel that the music and the time is right we will drop," she said.

Boity, 29, said she cannot wait for the lockdown to end so that she can hit the studio and work on more music.

"At this stage I can't put out a date. I hope this deal inspires and motivates young women and children in this country. I'm looking forward to getting back into studio as soon as it's safe to do so."

Asked if being signed with some of the country's best talent was putting her under pressure to work even harder, Boity said she was focused on running her own race. She also admits that her career in music has just started.

"I am still very new to the music industry. I'm focused on learning and perfecting my own talents. I am in my own lane running my own race. I feel no pressure at all."

With SA hip-hop beginning to see more female rappers coming in the fold, Boity feels that women are still not getting the same support as men in spite of their talent.

She feels that the country, including the music industry, needs to keep having a dialogue so that females don't keep getting the short end of the stick despite having equal capabilities.

She explains that there are many talented female artists in this country who deserve prominence, which they were not receiving.

"In most cases the women out-work the men but do not receive the same support. This is a conversation that needs to [continue]... and actions must be taken to correct this."

Asked about the future of her reality show, Boity could neither confirm nor deny that a new season was on the cards. She, instead, urged her fans and followers to stay glued to her social media timelines.

The viewership of her show has increased, making it one of the most-watched shows on the channel.

The star explained that after a hectic year last year, she has been using Covid-19 lockdown to unwind and relax.

Boity's television career began when she presented the YoTV educational show Crib Notes in 2011, and has hosted many other shows since then.

The TV personality is also an actress and has acted in shows such as television drama Rockville and Mpho Bogatsu.

Her film debut was in 2014 when she starred on a comedy short-film Dear Betty, and she also featured in the film Mrs Right Guy.

With her music career seemingly destined to take off with Def Jam Africa, Boity is also ready for new heights.