Filming Loving Thokoza in just 9 days was 'intense and fun' 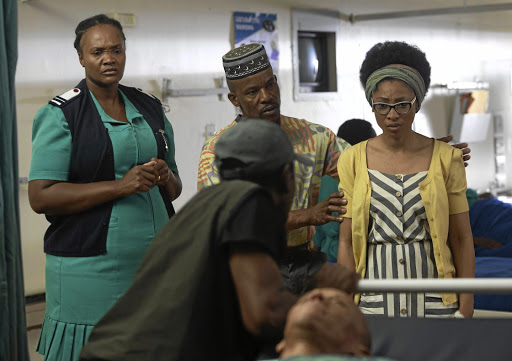 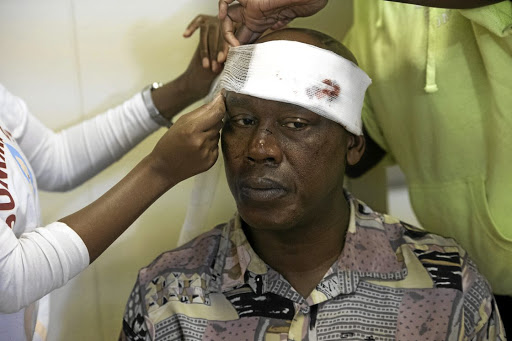 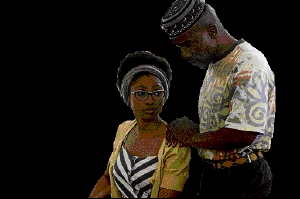 Enhle Mbali Mlotshwa had a mere nine days to film all her scenes in her most challenging acting role yet in the new ambitious movie Loving Thokoza.

The movie will be released on Showmax next Thursday. Sowetan spoke to the movie's director Mandla N, Mlotshwa and her two leading men Mduduzi Mabaso and Hamilton Dhlamini to discover what filmmaking was like in the time of the Covid-19 pandemic.

Mlotshwa, 32, describes the rush of filming in nine days as an "intense and fun" experience. For Mandla N, the pressure felt included irregular heartbeats. Renowned for helming SA Film and Television Award-winning hit prison drama Lockdown, Mandla N talks about meeting the deadline from MultiChoice, who commissioned the film.

The 90-minute project that is primarily shot in Thokoza, East Rand, wrapped principal photography on the eve of President Cyril Ramaphosa's announcement of the national lockdown on March 27.

"That was ambitious; we didn't have time," Mandla N recalls. "The country was coming through heavy times. Covid-19 had just hit. Countries were getting closed overseas. Countries were going on lockdown. So it was a challenge to be safe on set and to keep everyone positive."

Post production began immediately and it was another challenge for Mandla N as they were restricted from moving under lockdown - but he found creative virtual ways to get the job done. "I've been editing remotely, communicating with Zoom and Teams, so making sure all the post team are aligned to the vision and the type of story we were trying to tell has been harder than usual," he says.

"So this movie reflects the type of story we were telling, with hurdles after hurdles, but where we came out as victors at the end."

Set in 1994 - two months before the country's first democratic elections - the film follows English teacher Charlotte Grootboom (Mlotshwa), who has just graduated. Charlotte's dream is to work for Afrikaans and Model C schools; but her plans are upset when she instead gets hired at a township school. An unlikely romance with ex-MK comrade Moscow (Mabaso) is also budding for Charlotte.

Mandla N points out that he heavily based the character on freedom fighter Charlotte Maxeke - the first black woman to obtain a university degree in SA. The drama promises a raw performance from Mlotshwa, who usually plays glamorous roles. Her physical transformation sees her sporting a voluminous Afro and wide-brimmed reading glasses.

Mlotshwa's research included speaking to her makeup artist mother Bongi - who is a multiple Safta winner for her work onThe River and Generations - about how it was like to be a woman in SA around that time.

She also read on powerful women from that era such as Winnie Madikizela-Mandela and Adelaide Tambo. "This role required me to place myself in 1994 and reimagine what that flood of uncertainty and hopefulness must have been like.

"My process as an artist is to make the audience see the very different faces of me. I loved this role because it did exactly that. It showed me embodying the women and mothers of this nation in their full glory. It was real and that's what attracted me - a raw, hearty and real embodiment."

Mandla N says he didn't write the character with Mlotshwa in mind - but that all changed after one phone conversation.

"Her story with Black Coffee had just broken, so she had just gone through something really heavy," Mandla N recounts. "It was a dark time in her life and just having a conversation with her, I saw where she was at mentally and it had similarities with the character I was creating.

"She's also got this face where you can take her anywhere. We've removed her from everything she's played before and we've taken the glamour away.

"You see her vulnerability and you see her struggles and a part of her bleeds out through the character."

Similarly, it was important for Mandla N to showcase Mabaso, who is well-known as gangster Suffocate in Rhythm City, in a different light.

This marks the first time that Mabaso plays in the Xhosa language.

Mabaso has starred in many blockbusters such as Meokgo and the Stick Fighter, Five Fingersfor Marseilles, Hotel Rwanda, Catch a Fire and Blood Diamond. The go-to leading man for many casting directors says it's hard to believe that he once went for seven years without landing an acting gig. Mabaso is also a two-time Safta winner.

While he says playing an ex-MK comrade with shady dealings was easy for him, Mabaso admits that there was one scene that was difficult to film in Loving Thokoza. "It was a scene where our vehicle is stopped by two white policemen. They continue to insult us as black people and belittle us," Mabaso says. "That scene triggered emotional memories of the past during those years. As difficult as it was, I think I executed it though."

The film reunited Mandla N with Dhlamini, having worked together back in the day in one of his earlier productions City Ses'la.

Dhlamini plays a failed journalist struggling to forgive himself after being used as a "weapon of war during apartheid - writing propaganda".

The role offered him a much-needed breath of fresh air after his Safta-winning portrayal of ruthless businessman Banzi Motaung in telenovela Isithembiso.

"The role is of an intelligent black drunkard. It was challenging but I won because my director Mandla N guided me, until it set properly. I enjoyed playing it," Dhlamini says.

"Finding mannerisms and the walk for the character was challenging. It was nine days of magic. We had fun and even had a rainy day that was not part of the shoot, but our director changed the script to suit the conditions."

The temporary closure will last until  April 16 2020.
Entertainment
1 year ago

Gambling establishments and cinemas have employed social distancing rules, banned the sale of alcohol on casino floors and imposed restrictions on ...
News
1 year ago
Next Article