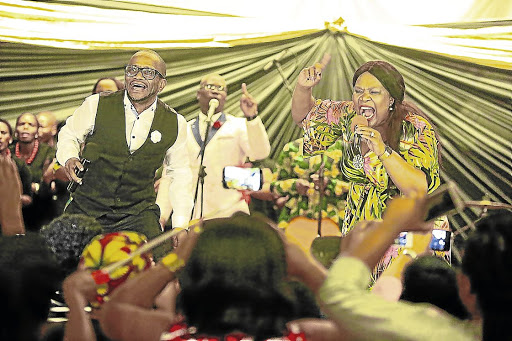 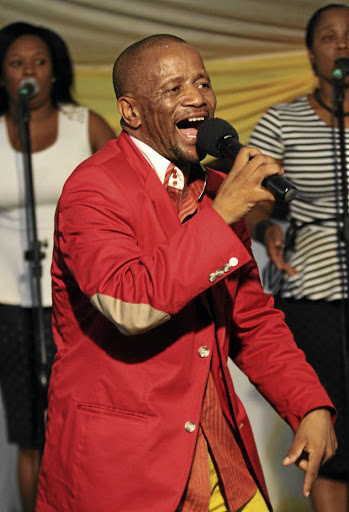 The wife of the late gospel singer Malibongwe Gcwabe has denied claims that her husband died of Covid-19.

Gcwabe, who was born in 1969 in the Western Cape, died on Wednesday night after a short illness.

He was admitted at the Cecelia Makiwane Hospital in East London on Tuesday. Sivuyisa Gcwabe told Sowetan her husband died of short breath not Covid-19 as people suggested.

"Doctors confirmed to me that it was not Covid-19 and they did the tests. So, we don't know why people would say he was killed by Covid-19.

Malibongwe was healthy and he only got sick on Tuesday, she said.

"I am not sure at the moment of the burial date because we are going to have a meeting this afternoon [yesterday]. But we were thinking of doing it on Saturday [tomorrow]."

The late singer's manager and music promoter Luckie Shongwe said they wanted to have an online memorial service for the singer and have pastors and musicians to bid him farewell.

Gcwabe has recorded 18 albums in his career that began at a young age. He founded a group called New Creations with his siblings.

He also sang for one of the famous gospel groups Youth With Mission.

In 2004, he decided to pursue his solo career and released his first album Umlilo kaJesu under Amanxusa Big Fish Records.

He further recorded four albums before he decided to start his own recording label.

Gospel singer Khanyisa Sabuka, who recorded a single with Gcwabe last week about Covid-19, said the singer was in high spirits during the recording. Sabuka, a seasoned gospel singer, said the two were supposed to record a video of the Covid-19 song.

"He was in high spirits following the response on Facebook. And we were going to record a full album after this Covid-19 lockdown. "That is not all. This weekend we had planned to do a live performance on Facebook, singing some of the Youth with Mission group songs and the latest one. I can't believe that now he is gone."

Sabuka defined the late singer as one of the highly talented musician who had a special gift.

She met Gcwabe early 1990s at Assemblies of God church.