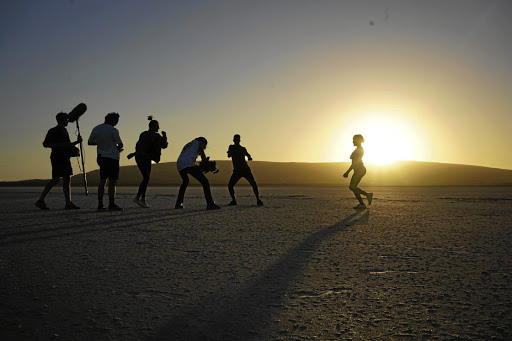 A behind the scenes photo during the shooting of My Father the Mover, a documentary which tells the story of an ex-gang member Stoan Galela./Supplied

The story of a Cape Town-based self-taught dancer and choreographer has bagged an award at the 19th Annual Tribeca Film Festival.

The doccie is directed by local writer, director and producer Julia Jansch.

Galela, who lives in Khayelitsha, Cape Town, believes that judges were impressed by his story because he has been through a lot in life and managed to turn his life around for the better.

"I was involved in gangs, did drugs briefly, and used to rob people near Gugulethu with my friends, but was able to change my life. I currently teach kids dancing..."

The 32-year-old said the turning point came when he turned 16 and decided to follow his passion for dancing.

WATCH | How music is creating harmony between rival gangs

In the Cape Flats, rival gangs are experiencing unexpected harmony.
SebenzaLIVE
1 year ago

"I stopped [crime] after someone told my mother that I was robbing people. After my mother spoke to me, I decided to stop because I loved my mother. I tried my luck with soccer, but dance was important to me. I now motivate kids with African electronic gqom beats."

He wants to win choreography awards and his group United Township Dancers to gain recognition.

Jansch said: "I met Stoan through my co-producer, Mandilakhe Yengo. It was a random encounter as he was working behind the scenes as a choreographer on a series. We started chatting and I asked him how long he has been a dancer. He answered by saying 'I'm not a dancer, I'm a mover'. I was immediately intrigued.

"I was so drawn to Stoan because here was this behind-the-scenes choreographer who was doing this magical work that no one knows about. I wanted to get his story out into the world in the hope of providing a platform for him to raise awareness about his work."