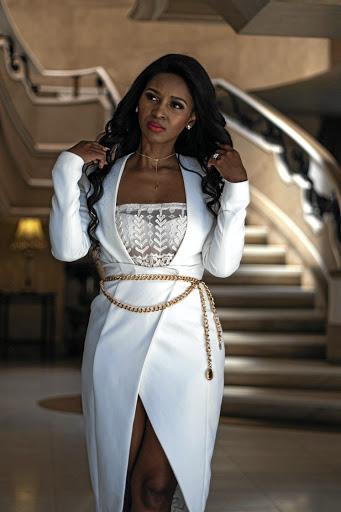 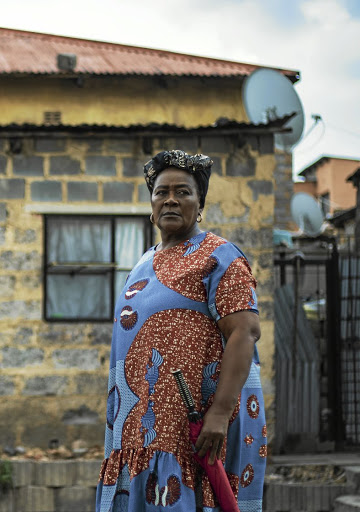 This is how actor and Boom Shaka singer Thembi Seete sums up her experience of the explosive new telenovela Gomora on the busy streets of Alexandra township.

The hustle and bustle of London Road and Realogile High School take centre stage in the refreshing Mzansi Magic daily drama with Seete, Connie Chiume and Katlego Danke in the lead.

Born in Soweto before relocating to Sebokeng - where she was raised by her uncle and aunt - Seete knows the nuances of kasi life all too well.

"There is so much energy there. If you are South African, despite where you are from, you really need to go to Alex and have a taste of it," Seete excitedly recommends.

While the end result has been lauded by viewers, filming such a show with a continuous open narrative on location was not an easy task for the cast and crew of Gomora.

"I'm telling you there is no quiet moment; you will shoot 10 times because there is something happening around," Seete recounts.

"You will repeat the same line more than 10 times because there is always movement and action.

"There is a texture when shooting on location - the lighting, atmosphere, look and feel of it makes it so palpable on screen."

Gomora marks Seete's acting return after leaving Rhythm City last year. Her other acting roles had been in Yizo Yizo, Gaz'lam and Zone 14.

"After Rhythm City I was waiting for something that I could connect with. I just didn't want to jump into another soapie or drama series," Seete explains.

"From the very beginning of my career, I was drawn to stories that made me think."

Co-star Danke has become a household name for starring in soapies Backstage, Generations and Isidingo. But all those shows were filmed in studio and Gomora was a welcomed departure.

One of the most audacious scenes to film in the show was the hijack scene that set the plot for the series in episode one. The scene in which her character Thati's husband Mbongeni (Themba Ndaba) gets killed in a botched hijacking was filmed at the Grayston bridge between Sandton and Alexandra.

"It was very intense and felt quite eerie being outside in the middle of the night at that time so for the most part it felt pretty real," Danke recalls.

"It was a long and cold night of course, we shot until the early hours of the morning, but I am truly happy to be working with the team on Gomora because they got every shot and the final product was a story well told."

The show has been a rating hit from the first episode - pulling in a viewership of 1.70 million to become the third most-watched show on DStv.

But unfortunately due to the national lockdown, the show's early success has been cut short as after tonight it goes off air indefinitely.

Its rating success proves that a show led by strong female roles can be a hit.

"We are a bit behind the curve in terms of global trends, but at least we have started.

"I think it's time we recognise female actors' power in terms of their ability to draw audiences to watch compelling and well told stories - and not just relegate them to support male-led stories."

"I think it's important to have new talent being given the space and platform to showcase their talent - youth voices and stories have always been important in South African stories," Danke said.

Her portrayal has shocked millennials as they are used to her playing sweet maternal characters in Rhythm City, Black Panther, Queen Sono and Housekeepers.

"I like challenges, so I like to tackle that dark side of the character. I will like to get more of this kind of roles," Chiume says.

"I think playing a killer has been the most challenging."

Chiume, 68, left teaching to become an actor and this year marks 44 years of her colourful showbiz career.

She admits that it has had its ups and downs - the biggest challenge being not having enough roles for a female actor of her age.

"The good times are when you are in a production and connecting with everyone," Chiume shares.

"The downside is when you are at home and you don't know when your next project will come. But I love my industry and craft.

"I pray my career is forever colourful. Luck, passion, skill and interpersonal relationships have worked in my favour."

Newly launched telenovela Gomora will join Isibaya in not airing new episodes from next week.
Entertainment
9 months ago

Uzalo and Isibaya are running low on new episodes

Uzalo and Isibaya are the first daily dramas to run out of episodes due to the national lockdown.
Entertainment
9 months ago
Next Article