Changing the world one dance step at a time 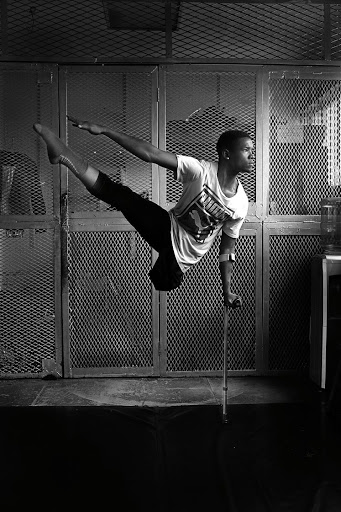 Had it not been for the coronavirus outbreak, Maqoma would have made a speech on April 29, a day observed by the whole world as International Dance Day, in Shanghai,
China.

As an honouree, Maqoma was expected to deliver a keynote message that would be translated into different languages, including local sign language. The founder of Vuyani Dance Company says being appointed honouree means that he has worked hard for the dance art.

Maqoma, was born in 1973 in Orlando East, Soweto, says the achievement meant that his resilience and hard work as a dancer has paid off.

He further says the honour might have taken a long time but it properly shows the impact SA has on the world. He says the story the country told through dance comes from its own experience and painful past.

In his speech that is already available on the internet, he says: "I had to look into my journey, and I realised that it was all about purpose and each day presents a new challenge that needs to be confronted, and it is through dance that I try to make sense of the world.

"We are living through unimaginable tragedies, in a time that I could best describe as the post-human era. More than ever, we need to dance with purpose, to remind the world that humanity still exists.

Maqoma in dance to resistance

Through his piece Exit/Exist, seasoned choreographer and contemporary dancer Gregory Maqoma revisits his ancestral history and celebrates his ...
Entertainment
2 years ago

"Purpose and empathy need to prevail over years and years of undeniable virtual landscape of dissolution that has given rise to a catharsis of universal grief conquering the sadness, the hard reality that continues to permeate the living confronted by death, rejection and poverty.

"Our dance must more than ever give a strong signal to the world leaders and those entrusted with safeguarding and improving human conditions that we are an army of furious thinkers, and our purpose is one that strives to change the world one step at a time."

In his message, he defines dance as freedom, and through the found freedom, it must be used to free others from the entrapments they face in different corners of the world.

He adds that dance was not political but becomes political because it carried in its fibre a human connection and therefore responded to circumstances in its attempt to restore human dignity.

"As we dance with our bodies, tumbling in space and tangling together, we become a force of movement weaving hearts, touching souls and providing healing that is so desperately needed.

"And purpose becomes a single hydra-headed, invincible and indivisible dance."

Maqoma, who is also a playwright and director, will hog the spotlight until next year as the 2020 World International Dance Day honouree.

He says the honour might not come with a monetary value but he is excited about the global exposure he is getting.

Maqoma has been enjoying the limelight internationally after starting the year with a US tour. He was scheduled to go to Portugal, Lagos in Nigeria and Morocco but his plans were stopped by the Covid-19 outbreak.

His show that was scheduled to open at the Joburg Theatre on May 1 has also been postponed due to the lockdown.

Maqoma says the World International Dance Day honour comes at the right time when he marks 30 years as a professional dancer.

The seasoned choreographer began his dance journey in 1990 at Moving Into Dance (MID) dance company which was started in 1978 by choreographer Sylvia Glasser in suburban Johannesburg.

From MID where in 2002 he was the associate artistic director, to running his own company, Maqoma has contributed immensely to dance craft through creating awarding-winning productions and by mentoring young dancers.