Mbuli's mission to conquer Europe on the right course 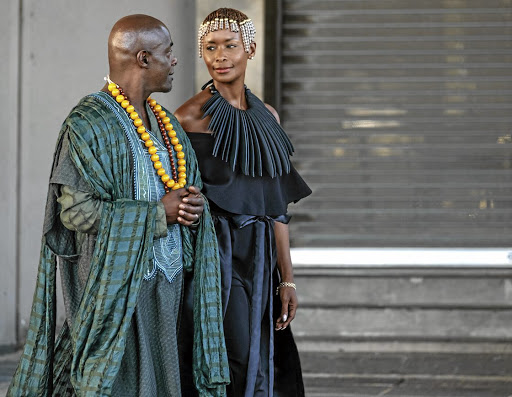 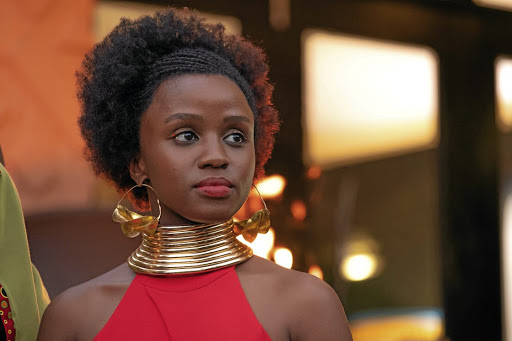 With her unflinching portrayal of Jasmine Hadley, she sinks her teeth into the nitty gritty of motherhood as lead character Sephy Hadley's (Masali Baduza) mother.

Mbuli easily returns to the top for the first time since she captured the international community in roles that made her a sought-after leading lady - Dara Macala in Drum, Precious Chamusso in Catch a Fire and Zindzi Mandela in Invictus. But the 41-year-old actor strongly disagrees that this should be dubbed as her "acting comeback".

"I wouldn't call this a comeback as I've never stopped acting or have ever thought about stopping," she corrects me. "A large part of my success as an actress is the fact that I choose very carefully the roles I play.

"Sadly, in South Africa, when people don't see you on local television show, they assume you've stopped acting. there are multiple formats, platforms and stages."

Filmed in Cape Town, the sci-fi series that concludes on Showmax this week has been the show on everyone's lips as the world battles the great lockdown triggered by the Covid-19 pandemic.

With the 21-day lockdown starting today, Sowetan has curated a list of comfy and binge-worthy shows to watch that will beat cabin fever.
Entertainment
1 year ago

A TV adaptation of Malorie Blackman's best-selling young adult novel, the show depicts an alternative history narrative in which Europe is being colonised by Africans.

The show has pulled in an average viewership of 2.5- million every week in the UK - according to the Broadcasters Audience Research Board - and it's all led by East London-born Baduza.

In her starry acting debut, the 24-year-old starlet admits that carrying such a big show on her small shoulders has been nerve-wrecking. But the forbidden Romeo and Juliet-esque storyline - with a race-flipped twist - between Sephy and Callum McGregor (Jack Rowen) has won the hearts of audiences across borders. "It's so surreal. Sometimes it doesn't even feel real," Baduza confesses.

"I felt the pressure that I was one of the first South African actresses to lead an international TV show, because I felt like I had to represent the country as well.

The show is as thrilling as much as it's engaging on ethical and political issues. It's like you are watching Black Panther, but more heart and soul.

The cheekiness and strength of Mbuli's character Jasmine often recalls that of Thandie Newton's Maeve in Westworld - just with less violence. Baduze's robust portrayal reminds me of Jennifer Lawrence's Katniss Everdeen in The Hunger Games - but there are no games and the girl is black.

TV presenter Bonnie Mbuli is bringing the heat this Dezemba!
Pic of The Day
1 year ago

"I was drawn to Jasmine's character because of the book series Noughts and Crosses," Mbuli shares.

"I also love her fierce, strong and determined nature. She's both vulnerable and strong.

"Jasmine is different to other roles I've played, mainly in culture. She is a British African, which required accent and language nuances."

The Afrofuturistic fashion in the show has received a ton of attention much like the Black Panther wardrobe. There is electric African print everywhere; the shapes and silhouettes are structural; while accessories are beaded and chunky.

The hair story is just as fantastic - most of the characters wear their hair in braids, Afros and dreadlocks. Mbuli's natural hair in every episode is differently styled with beadwork and headwraps.

Mbuli says her favourite look, pictured, has been in episode five - during Jasmine's ruthless husband and prime minister Kamal Hadley's (Paterson Joseph) inauguration. "I love everything about Jasmine's aesthetic. Her hairstyles were always fitting to the part of her journey she was on," Mbuli points out.

The last-born of six children, Baduza studied at the New York Film Academy in Los Angeles campus where she majored in acting for film.

While working as a stage manager at the National Arts Festival in Grahamstown in 2018, she got a brief from her agent to audition for Noughts + Crosses. She immediately filmed her audition tape.

Before she knew it Baduza was flown to Cape Town to meet producers Johann Knobel and Kibwe Tavares. After two hours of talking and workshopping different scenes, Baduza was offered a chance to fly to London for a chemistry read with Rowen - who was already cast as Callum. Shortly after, she landed the role of a lifetime and they started filming in November 2018.

"That was special. I'd never been flown anywhere for a role before. So, that was a moment in my life already," she recalls.

"I met with Jack (Rowen) and had our chemistry read and everything was really natural and fun. I thought that was already enough for me that it was really cool that I'd had this experience."

The SA entertainment industry has many timeless beauties who have dominated magazine covers and our TV screens for decades and continue to do so.
Pic of The Day
2 years ago

Makgopa thanks her role models.
Lifestyle
2 years ago
Next Article