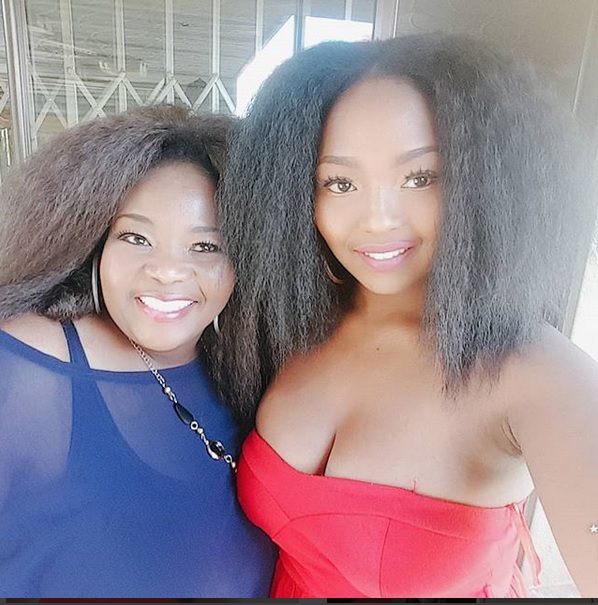 Rethabile Khumalo admits that following in the footsteps of her music powerhouse mother, Winnie Khumalo, comes with a lot of pressure.

"The pressure has always been there, and to this day I still feel it," Rethabile confessed.

"When people see me, they see a daughter of a woman who has done great things in the male-dominated industry."

While it seems inevitable that after the success of Umlilo, Rethabile will be the go-to female vocalist for many house tracks, she insisted that her sound is far more soulful than that.

After all, as she points out, she studied jazz and classic music at the National School of the Arts (NSA) in Johannesburg.

"Though our (mom and her) sound is different since I'm more into jazz and classic music I studied at NSA, people still want to see me do house music and perform like her. I've gotten used to it though."

Renowned for hits such as as Live My Life, Winnie says she knew as early as nine months old that Rethabile will follow in her footsteps.

Winnie recalls her daughter dancing to Doc Shebeleza's song Gets Getsa as a toddler.

"She couldn't walk, but she would hold onto things around the house and dance like there was no tomorrow. For me that was a sign that I had given birth to a star," Winnie recounts.

Rethabile said she knew that music was the path for her at age six.

"I enjoyed singing along to Puff Johnson's music," Rethabile shared.

The track is set to drop soon.
Entertainment
3 years ago

"Although I sounded like a child, I could hold a note. I remember how everyone would marvel at my singing; they found it unusual for a child to have such talent at an early age. I was the entertainment for the family when we had gatherings. Those moments were precious to my mother and me."

Winnie had concerns about her daughter having a career in showbiz.

"When I saw how passionate and dedicated she was in her craft, I had no choice as a mother but to guide and mentor her," Winnie said.

"I knew that if I didn't support her dreams, she was going to go elsewhere for help and that was the last thing I wanted as a parent.

"I wanted to be the one to teach her about the industry..."

The mother-daughter duo recently blew Mzansi away when they performed Umlilo together at the DStv Mzansi Viewers' Choice Awards.

Rethabile has for years been a backup dancer for her mother.

"It was a very emotional moment for us," Rethabile said.

Rethabile's latest single Hlonipha is currently on high rotation on radio. Winnie also just released her new single Phezulu. They both have dreams of recording a gospel album together.

Rethabile plans to release her debut album later this year and she will like to collaborate with artists such as Zonke and DJ Maphorisa.