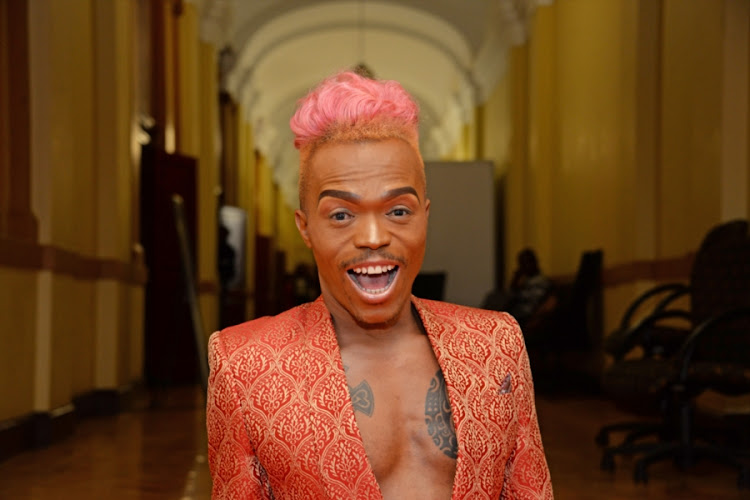 Somizi Mhlongo has become a major talking about over comments he made about the lockdown extension.
Image: Gallo Images / Oupa Bopape

A video of Somizi Mhlongo claiming that he was told about the lockdown extension went viral just hours before President Cyril Ramaphosa's announcement.

Metro FM has slammed comments made by presenter Somizi Mhlongo, in which he claimed he had been told by transport minister Fikile Mbalula about the lockdown extension just hours before an official announcement by the president.

Minister of transport Fikile Mbalula will on Friday open a case against Idols SA judge Somizi Mhlongo for “name dropping and misinformation”.
News
2 years ago

It's not personal: Fikile Mbalula on Somizi charge

"We live in times when things cannot be joked about," transport minister Fikile Mbalula said on Friday as he opened a charge against entertainer ...
News
2 years ago

In a statement to TshisaLIVE, SABC spokesperson Mmoni Seapolelo said the broadcaster did not tolerate any behaviour in contravention of government's rules and regulations.

“The SABC regrets the incident concerning Metro FM on-air personality, Mr Somizi Mhlongo-Motaung. Though Mr Mhlongo-Motaung's utterances were not part of the broadcast of his programme on Metro FM, we would like to put it on record that we do not tolerate any behaviour that is in contravention with the government's regulations under the Disaster Management Act on Fake News and information peddling.”

This after, a video surfaced on social media on Thursday, of Mhlongo telling his colleague Dineo Ranaka there would be a lockdown extension, just hours before President Cyril Ramaphosa announced a two-week extension. Mhlongo said he had apparently heard the information from “Fikile”.

Ranaka abruptly cut off her live broadcast as soon as Mhlongo confirmed it was Mbalula who he was referring to.

Mbalula opened a case against Mhlongo on Friday morning at the Sandton police station for contravening the government lockdown regulations, and accused him of “name dropping and misinformation”.

“The police station is the right place under the regulations because I did not break the law. I was at my place obeying the rule of law. I can't account for what happened. If it is a joke, it is indeed a bad joke,” Mbalula told journalists outside the police station.

Seapolelo said the broadcaster would let the law take its course but would also launch an internal investigation into the debacle.

“This matter has been referred to the law enforcement authorities and we will let the process unfold. In line with our internal processes, we will also engage Mr Mhlongo-Motaung, investigate the matter and will be guided by our policies on an appropriate action to be taken.”

Several attempts by TshisaLIVE to contact Mhlongo for comment on the incident were unsuccessful at the time of publishing this article.

However, in a series of social media posts, the star apologised for his comments, claiming it was a “bad joke” meant to scare Ranaka.

“It was a bad joke on my part. I did say to my colleague later that I was joking and that I never spoke to the minister at any point. I was just scaring her. Again I'm sorry for the bad joke and I apologise to the minister for such a dangerous statement,” he said on Twitter.

In a video apology posted to Instagram, Somizi added: “I realise now that the president has announced an extension that it's going to seem like I knew about it.

“I'm just like you, I did not know about it, I was just guessing. I think like everybody else I had a feeling that it was gonna be extended.”