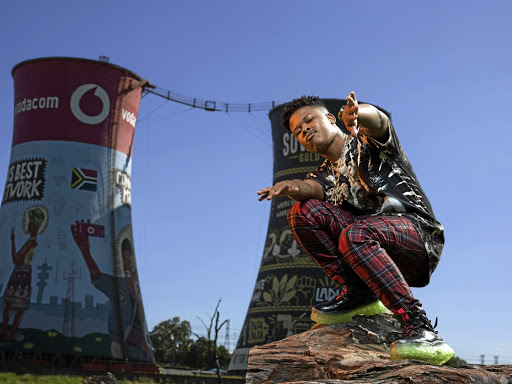 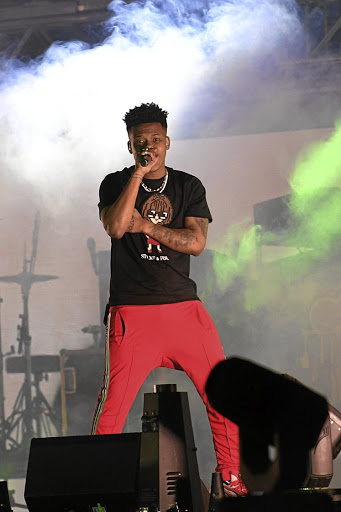 Nasty C's international trajectory could not be stopped by the Covid-19 pandemic.

On the eve of the national lockdown - triggered by the coronavirus outbreak - last Thursday, the Hell Naw hit-maker inked a lucrative deal with iconic US record label Def Jam Recordings.

Just like that he found himself in a pool of the cutting-edge hip-hop stable's past and current artists that include Rihanna, Drake, Frank Ocean, Jay-Z, Kanye West, Nas, 2 Chainz and Teyana Taylor.

"Nasty C is a unique and forward-thinking artist who is at the forefront of a new generation of rappers emerging from Africa," says Jeff Harleston, interim chairman and CEO at Def Jam.

You name them and Def Jam, in its 36-year history, has given them the Midas touch and now it's Nasty C's turn.

The 23-year-old says this is the moment that he has envisioned and dreamt of all his life.

"Yeah, it sucks that I can't do shows and perform for my fans," Nasty C said, voicing his frustrations over the Covid-19 restrictions.

"But the reaction [to Def Jam signing me] has been amazing. My country is very proud of me.

"It means new heights, new levels and a bigger brand altogether. It makes me feel proud.

"We had a couple of talks [with Def Jam] and took some time to feel each other out and see what we've got to work with then we started coming up with ideas as to how we can introduce Nasty C to the American market. Now we're here."

It's hard to imagine that it took a lot of convincing for Def Jam to sign him.

Nasty C has made great strides in the past five years - more than his local rap counterparts wish to achieve in a lifetime.

Much like Tsonga firecracker Sho Madjozi, the international market has piqued a great interest to Nasty C's unique rap flow.

In 2016, American actor and musician Omari Hardwick - renowned for his lead role in Power - told Sowetan that he was blown away by the then 19-year-old rapper during his SA visit.

This kid is incredibly gifted. I was put onto him last night and I was blown away

"This kid is incredibly gifted. I was put onto him last night and I was blown away," Hardwick gushed to Sowetan.

A couple of days later, the duo were in studio recording music together and the song A Star is Born was birthed.

But Nasty C says a turning point in his career was linking up with his icon T.I last year. The two are rumoured to have a collaboration on Nasty C's upcoming music offering.

"[A pivotal moment for my career has been] getting a coding from my idol T.I and having him reach out and do a song with me," he said.

Nasty C's new record deal means new music for fans, but on an international scale. Straight off the bat after his signing, Nasty C made his US debut with new single There They Go that premiered on Apple Music Beats1.

"How you hating on a tuck tuck?... You ain't got no vision," he raps in the catchy hook.

A music video for the party jam filmed in his hometown of Durban immediately followed. It was filmed by Los Angeles-based filmmaker Andrew Sandler, who has helmed projects for Chris Brown, Mary J. Blige and Diddy.

The song is a first taste of Nasty C's new music from his third album Zulu Man With Some Power.

"It's hard to explain in words so I'd rather let the music speak for itself. All I can say is that it's a special and true work of art," he said.

"It's very different from anything I've done before. It's the beginning of the global takeover. I'm very amped to let everybody hear the music I've been working on."

For the past four consecutive years, Nasty C has been the No 1 most-streamed South African artist on Apple Music. His first two albums Bad Hair (2016) as well as Strings and Bling (2018) have yielded hits such as Juice Back, SMA and Hell Naw.

He has won countless awards such as an SA Music Award, Metro FM Award and SA Hip-Hop Awards.

Nasty C has been nominated for international awards, including the BET Awards.

"My music journey has been worth living twice. It's been bittersweet. It has its bad effects, but for the most part it's fun. I enjoy it," he said.

Real name Nsikayesizwe Ngcobo, he was born and raised by his father in Illovo, KwaZulu-Natal. His mother died in a car crash when he was 11 months old.

He released his first mix tape One Kid, a Thousand Coffins at 15 years old in 2013. Before long, he had earned the title of the "coolest kid in Africa".

"[In school] academically, I was very average and personality wise I was quiet unless I was with my friends, but I was a cool kid because I could draw, rap and I was very popular."