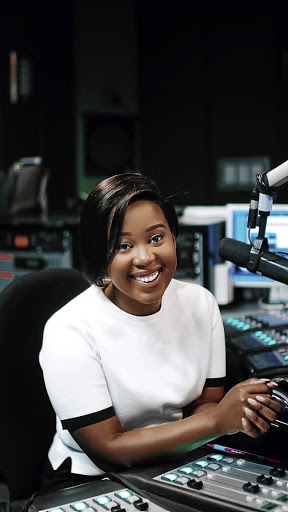 On Wednesday, the 29-year-old news anchor scored a new gig as Mabotja's replacement on the afternoon drive show The Kings Suite with Sphectacula and DJ Naves.

Sirame admits that it comes with a lot of pressure - especially since Mabotja is nominated for the 2020 SA Radio Awards in the category Commercial News Bulletin Reader.

"She is an entire radio award nominee, of course there is pressure," she confessed. "I respect Relebogile immensely but I also think being my own biggest critic I have already piled up pressure of my own to make sure I grow and evolve in my new role.

"The station has described the new recruits as the new generation of broadcasters for the station, which means we are really here to set a new bar," she said.

Sirame studied journalism at the University of Johannesburg. In 2010 she kicked off her radio career as news reader on UJFM, then YFM and later joined Kaya FM. She adds that being a news reader has always been the plan for her - there was never plan B.

She also reveals that she has been trying to get a job on Metro FM for a while.

"I've been trying to be part of the Metro FM family for some time now and I'm ecstatic to be a part of a new radio home," she said. "It is one of many highlights of my career; it's definitely right there at the top."

Sirame is also the co-host of Your View with JJ Tabane on Newzroom Afrika. But her first love remains radio.

"Television broadcasting is still a new element for me. I'm still learning and finding myself there but radio is my first love," she said.

Sirame is in a relationship with renowned YFM radio personality DJ Sabby. They have a son together.

"Sabby and I met at YFM. I was reading news on his show when he was still working weekends and we just connected instantly," she recalls. "He is extremely supportive and I always say I walk even taller because he's by my side."

Sirame was born in the small village of Mukula, outside Thohoyandou in Venda. She was raised by her grandmother, who worked as a domestic worker in Bramley, Johannesburg.

"Her employers put me through school and cared for me growing up," she said.

"I was always a leader at school."

Relebogile Mabotja has been given the chop at Metro FM. That’s the biggest change to come from the radio station’s new line-up. Mabotja first ...
Entertainment
1 year ago
Next Article