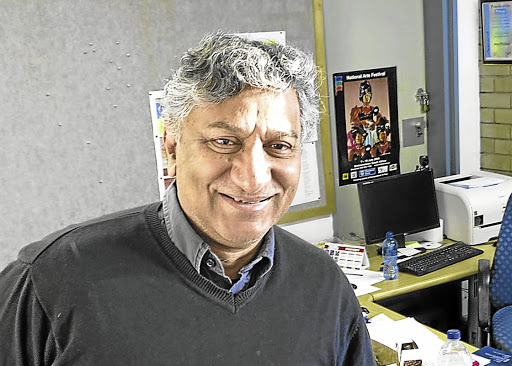 CEO of the Market Theatre, Ismail Mahomed, has been cleared on charges of racism, nepotism and graft following an independent prosecuting process.

Mahomed was implicated in the charges in a forensic report conducted by Morar & Inc, which was commissioned by the department of sport, arts and culture two years ago.

In a process overseen by independent prosecutors and presiding officers, the allegations against Mahomed were found to have no substance.

Another person who was implicated by the report was CFO Christine McDonald.

Mahomed and McDonald had referred the allegations to the CCMA in terms of Section 188A of Labour Relations Act.

The institution has produced photographers like Zanele Muholi, Jodi Bieber and Sabelo Mlangeni.
Entertainment
3 years ago

The Newtown-based, Johannesburg, institution announced that McDonald and three other staff members - Perpetua Mathsa, Zama Buthelezi and Lusanda Zokufa - who were subjected to disciplinary hearings following the release of the forensic report, were also cleared.

A relieved Mahomed said: "The process that unfolded was unfortunate and painful. However, we are pleased that our integrity, reputations and commitment to the arts, creative and cultural sector, has emerged intact and that together with the staff and the council of the MTF (Market Theatre Foundation), we are able to close this unfortunate chapter in the history of the MTF and continue to honour the legacy of our institution."

According to MTF council, a written warning issued to Mathsa, the HR manager, following a review of the hearing outcome, has been withdrawn.

Chairperson of the council, Gerald Themba Dumas, said: "The council regrets the impact these allegations and the processes that followed had on the CEO, CFO, Perpetua Mathsa, Zama Buthelezi and Lusanda Zokufa in both their professional and personal lives and on their families.

"As an organisation, this process led to an environment in which we lost a number of talented staff including Yusrah Bardien, which was regrettable. Throughout this difficult period, the entire staff of the MTF continued to serve their significant roles and maintained our position as a leading arts and culture institution in South Africa..." said Dumas.