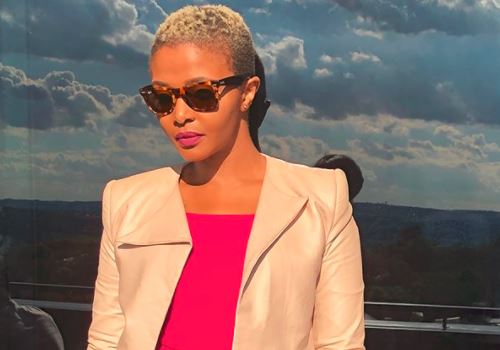 Songstress Simphiwe Dana opened up about the cost of postponing the launch of 'Bamako', her upcoming album.
Image: Via Instagram

Coronavirus may have made Simphiwe Dana further postpone the release of her latest album Bamako, but she's ensured fans that it is one her personal best projects.

More than the grave financial costs that come with having to put the long-awaited launch on hold thanks to the Covid-19 outbreak, Simphiwe told TshisaLIVE that she eventually agreed to postpone the release because she didn't want to rob her fans of the experience that comes with the live performances she would have done.

“It has been very frustrating to have to push back the release again, especially because the album should have been released last year already. And, it's going to cost me so much, but what can I do?

“I have been blessed to have the most amazing fans that often connect with me or my music so deeply and spiritually that the traditional launch of any project I do matters to them.

“I think it's beautiful how my fans learn the lyrics and sing back to me at a live performance, it's such an amazing thing to experience and I definitely can't take that away from them. So I'll just grin and bear (the pain) of holding on to this music until the time is right,” she said.

Simphiwe said at some point she considered a digital launch of the album but after talking it through, decided against it.

Even though she's sad that her fans have to wait a while longer, she feels they will definitely love the body of work she's put together.

Bamako, which is named after the capital city of Mali where Simphiwe put the final touches to the project, is an album she is super proud of.

After she thought she was done with the album, she felt that something was missing and only after going to Bamako and working with some artists there did she finally feel that the project was complete.

“The album was actually done but I wanted to add some flavour to it and luckily my label allowed me to go there and work with the musicians there. I wanted a collaboration of sorts, with another culture.”

Simphiwe has released the second single off the upcoming album, entitled Uzokhala. It's an upbeat song that she feels is “just right” for these stressful Covid-19 times.