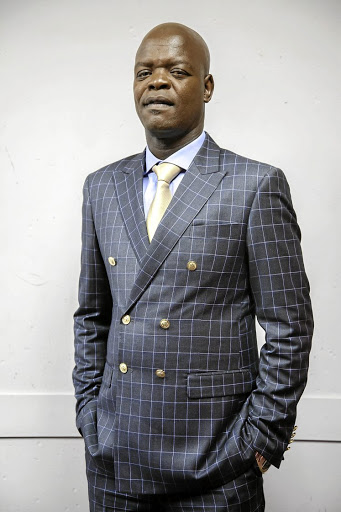 Seputla Sebogodi will lead a cast of talented actors and musicians as he tells the story of Kgoshi Sekhukhune.
Image: Supplied

Seasoned TV, stage and film actor Seputla Sebogodi will lead a cast of talented actors and musicians as he tells the story of Kgoshi Sekhukhune.

Kgoshi Sekhukhune: The Musical is set to open at the South African State Theatre in Pretoria for a brief season that begins on April 3.

The thespian explained that the show was about one of the greatest and most powerful kings in Africa. Sebogodi said the staging of the show was perfect as the country had issues about land and kgoshi Matsebe Sekhukhune had prophesied about land.

Matsebe Sekhukhune was king of the Marota people, known as the Pedi, and died in 1882.

The show is written by Shoki Maredi and directed by Generations: The Legacy actor Mpho Molepe.

He said: "The story is about kgoshi Sekhukhune and what kind of a man he was.

"It is about the long and bitter struggle of kgoshi Sekhukhune against the Afrikaner, British and Scots. The play showcases a fierce, strategic, smart and witty character whose passion for everything concerning the Bapedi nation is resolute.

"When it comes to issues of the land, he prophesied that after him there would be no chief that would fight Pretoria and win. He urged blacks to be united. Lately, the issue of land is the hottest topic. There is a cry about land."

The 77-year-old musician  will also present a musical storytelling performance for children and several bow playing workshops to arts educators and ...
Entertainment
1 year ago

Sebogodi believes the show will educate people about land issues. He said he was worried that most traditional leaders, with the exception of King Goodwill Zwelithini, were being reduced to people's clerks and did not have a role to play.

"I am worried as an actor that our kings and chiefs are clerks of black people. If you look at King Zwelithini, he is the only one recognised. What about the Khoisan, Xhosa, Venda and Pedi nations?

The actor, who said Kgoshi Sekhukhune: The Musical would be his 69th stage production, has urged people to come in their numbers to learn about the culture of the Bapedi ba Ga Sekhukhune.

Maredi, who is also a producer, said they decided to tell the story through a musical to showcase Pedi culture.