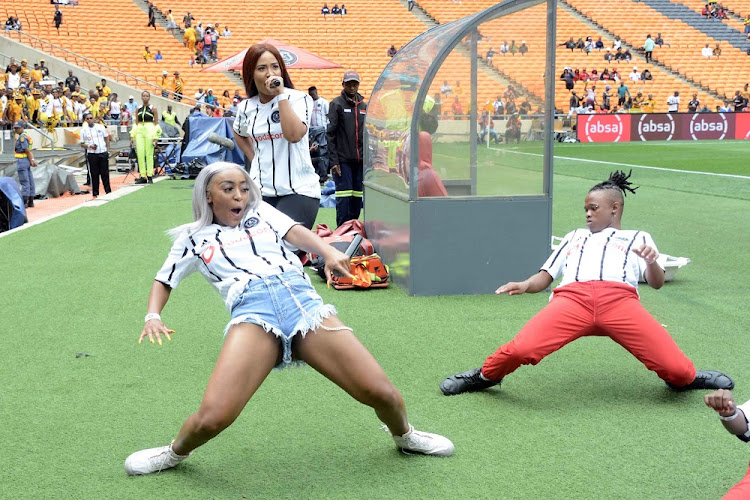 Gone in 60 seconds – That’s the tune vixen Kamo Mphela was singing after her short-lived performance at the DStv Mzansi Viewers’ Choice Awards.

Mphela left many puzzled after she ran off the stage during the live broadcast of the awards on Saturday night.

Almost immediately after gracing the stage to perform her Amapiano hit Sukendleleni, Mphela ran off stage gesturing for the dancers to clear the way.

Sporting a green skin-tight ensemble, she left Jobe London and Mphow 69 to complete the performance.

The 20-year-old newcomer has confirmed to SowetanLive that she indeed suffered a wardrobe malfunction.

While it was not on the level of Janet Jackson’s Super Bowl halftime wardrobe malfunction, Mphela said her pants ripped at the beginning of the performance.

“I felt my pants rip the first time but decided to continue thinking it’s not bad , when I heard them rip again I knew I had to get off stage,” Mphela said.

“At that time all I could think of, was in order to survive this I needed to get off stage in respect of the audience at home and my industry peers.”

Mphela said while her ego was bruised she had put the mishap behind her.

“I’ve learned that I need to be prepared always double up clothes if I have to,” Mphela laughed.

“I can’t say I was robbed [of the experience to perform at the awards], accidents happen all the time [I’m] looking forward to more events like these.”

The awards that took place at the Ticketpro Dome in Johannesburg on Saturday saw performances by AKA, DJ Zinhle, Yvonne Chaka Chaka, Lebo M, Steve Kekana and Makhadzi.

“Why did Kamo Mphela run off stage during the performance?” @DPetje asked on Twitter.

“So Kamo Mphela's pants tore on stage or aka bona pila [I didn’t see right]? She handled it so well by running off,” @Skatiesss_s shared on Twitter.

“Eish I was looking for her dance moves and then trousers happened,” @NonnyEmily tweeted.