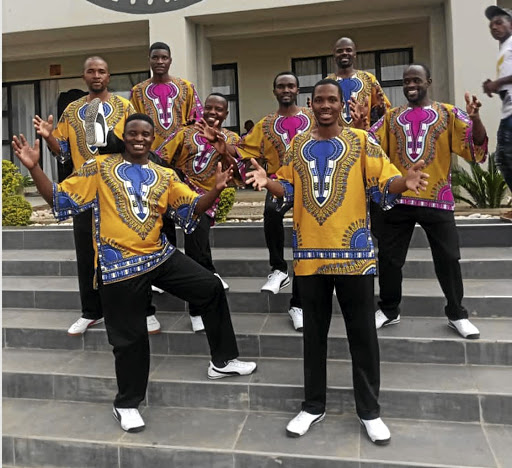 Indosakusa: The Morning Star group of Zimbabwe came to SA to attend the funeral of Joseph Shabalala of Ladysmith Black Mambazo.

A Zimbabwean gospel and isicathamiya group has composed a song in honour of fallen iconic singer Joseph Shabalala.

The group, known as Indosakusa: The Morning Star, has composed a song titled Mshengu Shabalala.

The group was set to perform the song on Thursday during a memorial service for Shabalala at Standard Bank Arena, Johannesburg, which was interrupted by loadshedding. Shabalala died two weeks ago following a long sickness and was buried on Saturday.

In a video of the group that is currently trending on Facebook, Indosakusa performs the song in beautiful and mature voices. According to Prince Sibanda, the group's manager, they felt honoured to be among the mourners in Ladysmith, KZN, to bid the legend farewell. Sibanda explained that the group - which used to be known as Impumelelo Shining Stars - composed the song just two days after Shabalala's death.

"The song is all about thanking Bab' Shabalala for his role in making sure that isicathamiya is respected. He inspired us a lot and we would not be singing isicathamiya if it was not for him," he said.

"We were pleased that when we got to South Africa we met people who made sure we met Mambazo in Ladysmith."

Based in Bulawayo, Zimbabwe, nine-member Indosakusa was founded 17 years ago. They regularly perform in SA, mostly in Johannesburg.

President Cyril Ramaphosa will personally nominate Joseph Shabalala for the National Order of Ikhamanga in gold.
News
1 year ago

President Cyril Ramaphosa and other SA political and musical heavyweights have gathered in Ladysmith, KwaZulu-Natal,to bid farewell to music icon ...
News
1 year ago
Next Article