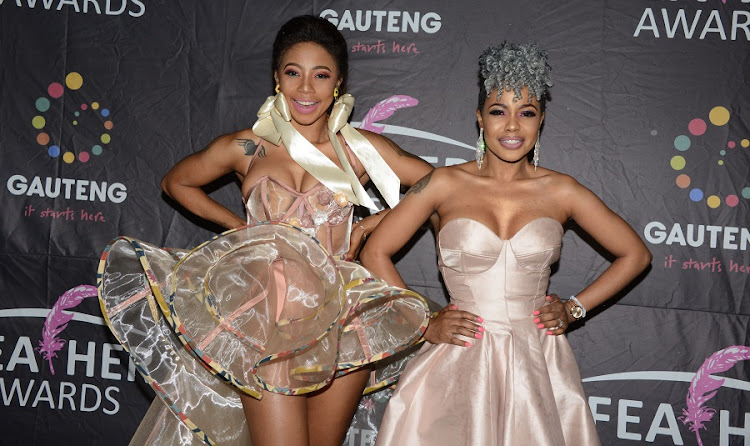 It looks as if there's no reconciliation in sight for Zandie Khumalo-Gumede and her older sister, Kelly Khumalo, as Zandie plans to file for a restraining order against Kelly. This after an alleged ambush on camera.

Zandie left Mzansi shook when she decided to “publicly divorce” her sister because of Kelly's reaction to an article which said Zandie's husband and former Mabala Noise PR person Mhlo Gumede had allegedly used Kelly's name to extort money from an event organiser.

After the scathing “divorce” letter, fans of the sisters hoped they would find a way to resolve the conflict and bury the hatchet.

However, Zandie's latest post shows they are far from reconciling.

Zandie took to Instagram to level hectic accusations against her sister and the producer of SABC1's Real Goboza. She said what was supposed to be an interview about her new single turned into an ambush which she believes was orchestrated by the pair.

“Haibo! Guys so my sister KK gatecrashed my RGB interview where me and Lindani were promoting our song Akwanele today. Yazi I fail to take her seriously after today and I just laughed. I was as if yes girl, really? Is this the level you are prepared to stoop to?

“So her and Sydney Mekgwe (her friend) and Real Goboza producer planned an ambush that she will come in while I'm busy with my interview with her reality TV show cameras, same show that I refused to be part of and disrupt my show so she and her management or lack of it thereof came up with a way to bully me into their reality show,” Zandie said.

The singer said the incident wasn't the first of its kind and that Kelly had allegedly publicly bullied her before.

“Our lawyers are dealing with both her and RGB management and will be serving both of them but I spoke to my mother and we agreed that tomorrow I'm filing a restraining order against her because we all know how she gets and this bullying and abuse is now too much.”

When SowetanLIVE's sister publication TshisaLIVE contacted the SABC for comment, the public broadcaster said it believed it was Urban Brew's place to comment on the matter as it produced the show. Urban Brew had not replied to TshisaLIVE at the time of publishing.

Kelly had also not responded to TshisaLIVE's attempts to get her side of the story at the time of publishing this article.

Should they respond, it will be updated.

Read the rest of Zandie's fiery statement on Instagram.

Kelly Khumalo has blocked 1,000 tweeps for peace of mind!

Kelly Khumalo has revealed that she has blocked 1,000 people on Twitter because of the continuous cyberbullying she's been subjected to.
Entertainment
2 years ago

Zandie Khumalo has released a scathing statement, announcing her decision to “divorce” her sister and popular songstress Kelly Khumalo.
Entertainment
2 years ago
Next Article