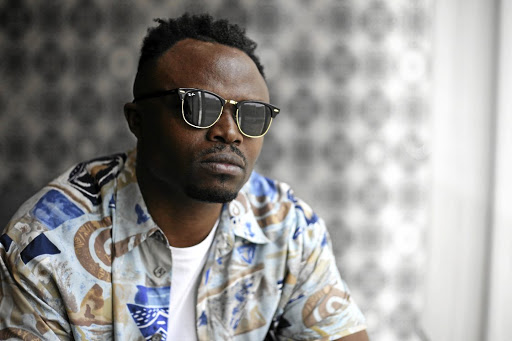 Police have made a breakthrough in the hijacking and kidnapping case of award-winning musician Tresor, which happened earlier this month.

The Range Rover Evoque belonging to the Sondela hitmaker was recovered in Roodepoort.

"The Johannesburg Flying Squad police made a breakthrough following the arrest of three suspects in possession of unlicensed firearms, ammunition and hijacked motor vehicles," Makhubele said.

The arrested suspects will appear in Roodepoort magistrate's court soon."

Tresor praised the cops for their breakthrough and thanked fans for all their well wishes since the incident happened on February 6.

Boskasie is among a bevy of talented beauties rocking Mzansi with their unique sounds, writes Somaya Stockenstroom
Lifestyle
2 years ago

"The breakthrough in the case is a massive reassurance for me in the security system, especially the police," Tresor told Sowetan.

"I'm just happy that the suspects are not out there terrorising more people and that they are behind bars - although there's still investigation going on.

"I'm happy that the suspects have been caught, the car has been recovered and I have closure. I'm much more at peace with the case."

When dropping fellow artist Batundi in Linden, Johannesburg, at night, the two were hijacked, robbed and kidnapped.

According to Tresor, the incident happened at 8.30pm and they were only released the following day at 4am in Soweto.

He further detailed that they were held at gunpoint, handcuffed and kept in the boot of a car for hours.

At the end the criminals cleaned out their bank accounts.

"I was shaken up at the beginning of the ordeal. However, within two hours, because we were held for eight hours, in my mind I told myself if I make it through the ordeal I'm going to go and have an epic year," he said.

"Just carry on with my life as beautiful as I can because I believe life is beautiful and the best way to celebrate it is to live our dreams out loud.

The award-winning crooner said he will never use the car again.

"I think it's time to move on and get something new. I wouldn't want to have that memory or energy of that day lingering around," he said.