Joseph Shabalala to be remembered at memorial in Joburg on Thursday 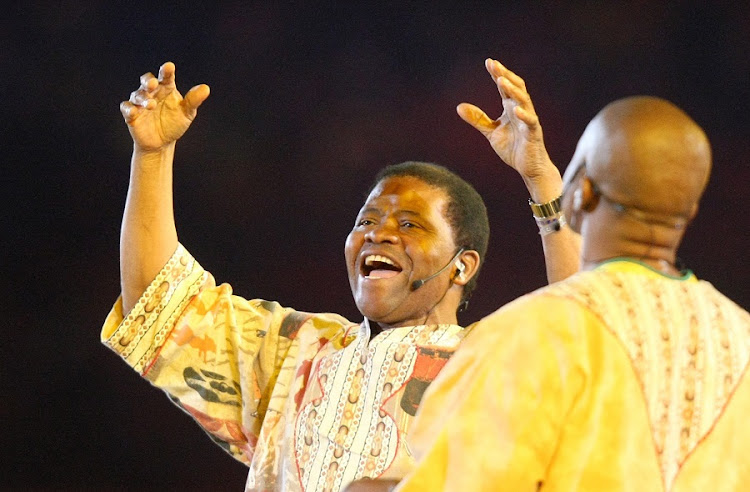 A memorial for Joseph Shabalala will be held in Johannesburg on Thursday.
Image: Gallo Images/Foto24/Ian Carbutt

Joseph died on Tuesday last week at Life Eugene Marais Hospital in Tshwane at the age of 78, after a long illness.

Group manager Xolani Majozi confirmed that the Grammy award-winning group's founder was with his wife, Thokozile Shabalala, during his last moments.

He added that the rest of the group were on tour in the US at the time and were devastated by the news.

Joseph is survived by his wife, Thoko Shabalala, and their six children Nkosinathi, Msizi, Thulani, Sbongiseni, Thami and Cindy.

Social media was flooded with tributes to Joseph in the days after his death and a series of memorials were planned to allow people to pay their last respects to the global icon.

After a memorial at Ladysmith Indoor Sports Centre on Tuesday, a service was held on Wednesday at the Durban Playhouse in KwaZulu-Natal.

KwaZulu-Natal premier Sihle Zikalala says he is committed to preserving the legacy of the late Joseph Shabalala with the continuation of a music ...
Entertainment
2 years ago

The ceremony will be held this Saturday.
News
2 years ago

Speaking at the memorial, Joseph's daughter revealed that he was a disciplinarian, who was also loving to his children.

Cindy, now a mother, said she uses the same approach, which she said was wise, in disciplining her own children.

The memorial in Johannesburg will be followed by an official state funeral service at AG Magubane stadium on Saturday in his hometown, Ladysmith.

Ramaphosa has ordered that the national flag be flown at half-mast at every flag station in the country until the evening of February 22 2020 (Saturday) in Joseph's honour.