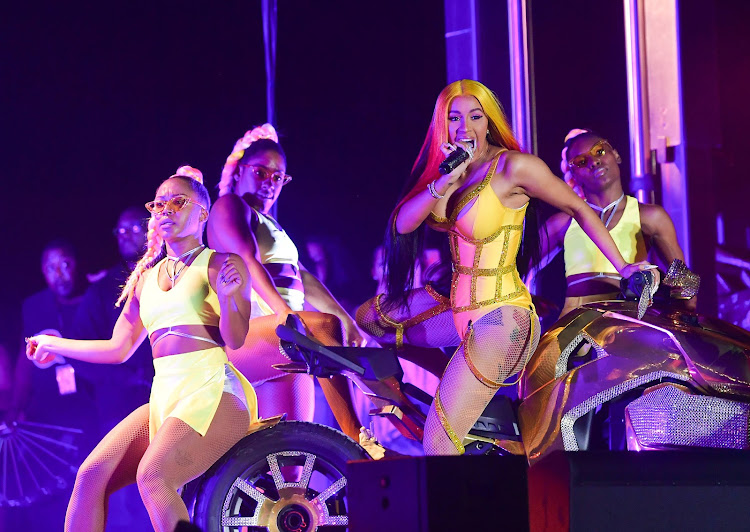 Rapper Cardi B is expected to keep her fans warm when she perform in SA in June.
Image: Prince Williams/Wireimage

Cardi B fever has hit Mzansi – so much that it crashed a tickets website in seconds.

At 3pm today, just four hours before the American rapper was  announced as the headliner for the 10th anniversary of Castle Lite Unlock concert, South Africans flooded the official website to secure early bird tickets.

The limited tickets cost a low price of R50 at 3pm, with an increase of R50 every 30 minutes until her name was revealed at 7pm. But frustrations and annoyance quickly ensued as users experienced random crashing, freezing and the message “we do not have enough tickets for sale”.

“Who actually got a ticket? I feel like no tickets were sold at all,” @MuloiwaThendo asked on Twitter.

“You guys lied to us… how can tickets not be available within  few seconds?” @Pride_Hilfiger tweeted.

The Bodak Yellow and Money hitmaker will hit the stage at TicketPro Dome in Johannesburg on June 12.

Cardi B’s iconic lyrics such as “I was born to flex [Yes] diamonds on my neck, I like boarding jets” and “I make money moves” are expected to set the roof of fire at the venue with 19,000 capacity.

Some of Mzansi stars could hardly contain their excitement after she was announced as the headliner.

“Oh my God. It’s going to be fun,” musician DJ Maphorisa reacted to the news.

“That’s kind of mad. I don’t even listen to [her] but nice you shocked me. I didn’t expect that, that’s not at all the name I was thinking. Very nice,” rapper Youngsta CPT said.

The hip-hop culture festival over the past decade has brought to SA hotly sought after stars such as Drake, J Cole, Chance the Rapper, Kanye West, Travis Scott, Post Malone and Meek Mill.

Celebrity love-back: see which couples have gotten back together despite the odds