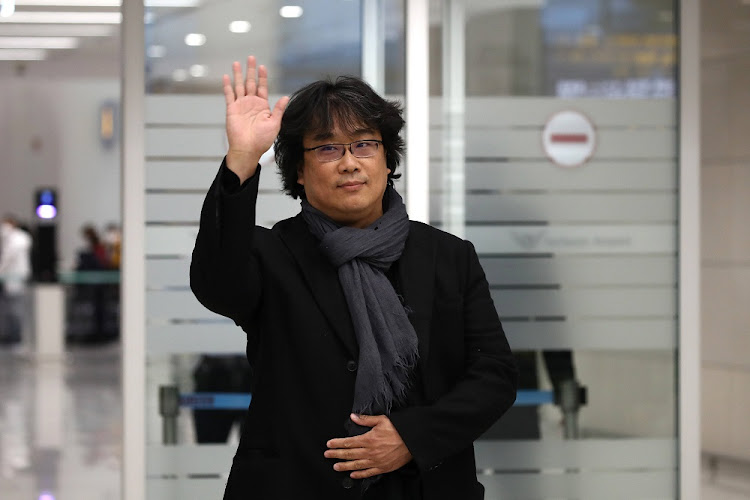 "Parasite" director Bong Jun-ho was greeted with cheers and applause as he returned to South Korea on Sunday after his historic four-Oscar win.

About 300 reporters and fans were waiting to greet Bong as he arrived at the Incheon International Airport.

"Thank you for the applause, I would like send a round of applause back to you all for coping so well with the coronavirus," Bong said.

"I will join the effort to overcome the corona by washing my hands diligently. Happy to be home."

"Parasite" became the first foreign-language film to win best picture in the 92-year history of the Academy Awards on Feb 9.

Anele Mdoda in awe from all that stargazing

It won a total of four Oscars, including best director and original screenplay for Bong Jun-ho and best international feature film.

The film is a tale of two South Korean families - the wealthy Parks and the poor Kims - that mirrors the deepening disparities in Asia's fourth-largest economy and has struck a chord with global audiences.

Koreans have been celebrating for the past week.

Local cinemas and TV channels began a rerun of the film, as well as showing Bong's other films including "Snowpiercer" and "Memories of Murder."

Bong and the cast of "Parasite" are scheduled to hold a press conference on Wednesday. (Writing by Cynthia Kim Editing by Frances Kerry)