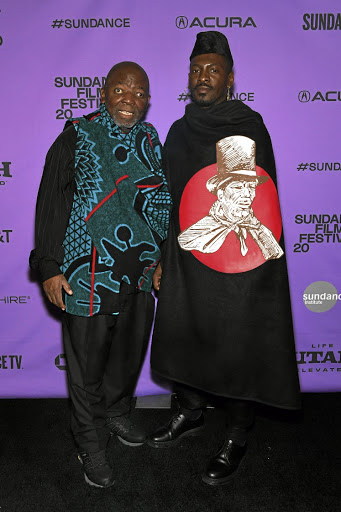 The Jerry Mofokeng wa Makhetha and Mary Twala-led film, This is Not a Burial, It's a Resurrection, has won international acclaim on debut.

The film scooped a prestigious award at the Sundance Film Festival in the coveted World Cinema Dramatic Competition category.

It won the Special Jury Award for Visionary Filmmaking on Saturday in Utah, US, where Mosese and Mofokeng wa Makhetha were present to accept the accolade.

"If I were to speak on everyone that has helped me along the way, I would need thousands of tongues and speak in many utterances."

Mofokeng wa Makhetha added: "I feel honoured, respected and acknowledged. Jeremiah is a master craftsman. The dialogue is written poetically and I think he has found the poetry of the lens with this film."

Mofokeng wa Makhetha told Sowetan yesterday: "People got goosebumps after seeing the film at Sundance - we are talking about people that are film literate. It went way beyond everything I could have imaged.

"I think in my old age this is a reintroduction to the international community, but it also reaffirms my identity as Mosotho.

"Just to make it there it's an honour, but it showed me that, as Africans, we can hold ourselves against the giants. It was very scary, but encouraging."

Among others, Slant magazine praised the film, saying: "Mosese's mise-en-scène and camera work are breathtaking. It's a story told through the gracefulness of the camera work, [and] the stunningly lit tableaux."