Tbo Touch defends visit to LA to pay tribute to Kobe Bryant: I looked up to him 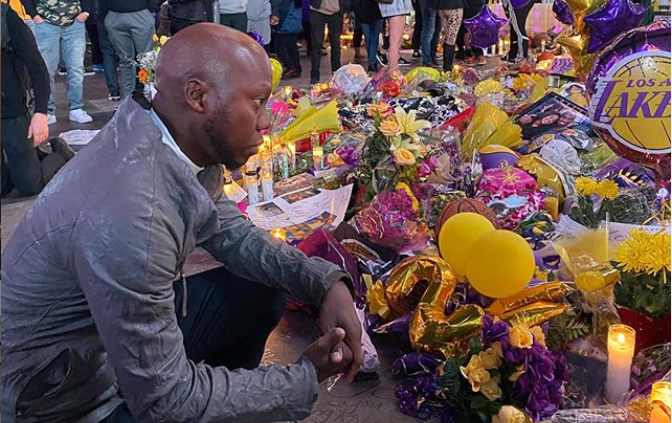 Tbo Touch has hit back at criticism after visiting Kobe Bryant's memorial in Los Angeles, telling SowetanLIVE's sister publication TshisaLIVE the star was more than a basketball player to him.

Touch found himself on the Twitter trends list recently when he posted a snap of himself at a memorial for Kobe, who died in a helicopter crash late last month.

The media mogul said he was paying tribute on behalf of Kobe's fans from SA.

On behalf of all your fans & family from ??#RestinpeaceKobeandgigi ?

The post split social media, with some saying he had no right to speak on behalf of the country and was “an attention-seeker”. Others said he should be allowed to mourn his hero.

Touch said he was not bothered by the haters, adding: “Kobe Bryant is more than basketball to me, he’s the epitome of excellence and a very present father. I look up to him.”

He brought slips from when he met the Mamba King and said he was within his right to mourn.

“He visited Soweto during the World Cup, I interviewed him on my radio show and if there was ever a time to thank the Bryant family for giving us the Mamba King it could only be now!”

The star also shared snaps of his time in LA, giving followers a glimpse of a city in mourning.

All over the city. Salute the King #KingKobe

Residents not happy with new management
Entertainment
1 year ago

Radio and television personality Tbo Touch is accused of hijacking one of Gauteng's top community television stations.
Entertainment
1 year ago
Next Article