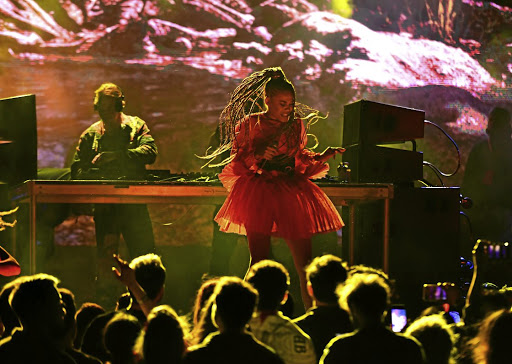 Jennifer Lopez and Shakira are not the only ones who rocked Super Bowl LIV in Miami - Sho Madjozi also got a piece of the action.

While Shakira and Lopez became the first Latin artists to headline the Super Bowl halftime show, Madjozi flew the SA flag high too.

The Tsonga rapper performed at the BudX concert in South Beach, sharing the stage with the likes of The Black Eyed Peas and Halsey on Saturday, where she performed her hit tracks Dumi Hi Phone, Idhom, Wakanda Forever and John Cena.

"The entire world is looking at us for what is happening next, culturally, musically etc. It's so clear that Africa is leading the way trend-wise," Sho Madjozi said.

"The best part is that we are just being our authentic selves, being proud of our heritage and telling our stories." 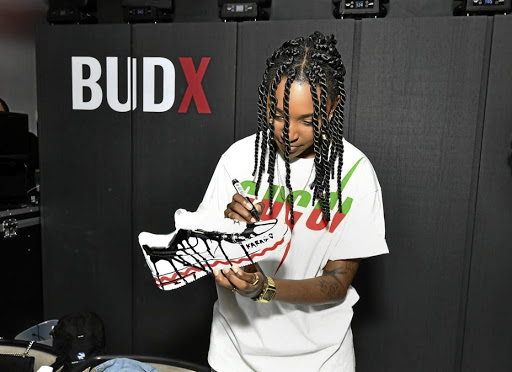 Sho Madjozi was not the only South African star to shine. During American DJ Diplo's set at the same concert, Mzansi firecracker Moonchild Sanelly and her signature blue locks made a surprise appearance. She performed an impromptu rendition of iWalk Ye Phara.

A-listers such as Usain Bolt, Gabrielle Union, Dwyane Wade, Ja Rule and Nick Lachey attended the three-day event that hosted over 200 artists from across the world dubbed as "Kings of Culture".

Award-winning SA illustrator and street artist Karabo "Poppy" Moletsane featured at the festival. Inspired by the culture of hip-hop, Moletsane customised a pair of white sneakers with her signature style.

"This was an amazing experience to share and showcase a distinctive African design aesthetic to other equally amazing artists and creatives from all over the world," Moletsane said.

"To combine my love of sneakers and pay homage to hip-hop culture as an important element in my design style and tell a story from an African perspective at an event like BUDX, which celebrates Kings of Culture is a once in a lifetime opportunity."