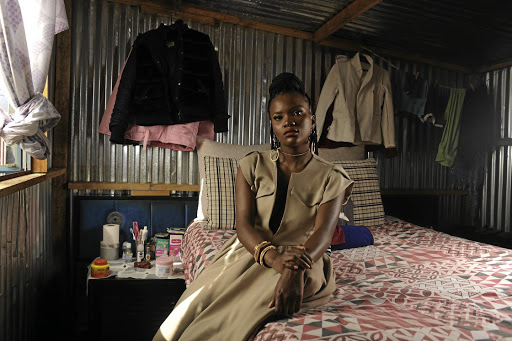 Ami Faku is sitting at number one spot on the Musica Africa sales charts./Leeroy Jason

Singer and songwriter Ami Faku might be a new kid on the block but she is definitely enjoying popularity at the moment.

The singer from Zinyoka township in Port Elizabeth in the Eastern Cape is sitting at the number one spot on the Musica Africa sales charts.

Being a chart topper means that Faku's physical album is selling more than others. At a time when streaming music and music downloads have taken over, this comes as a huge surprise.

Faku told Sowetan that she was happy to be on the top of the charts. The singer credits the recent achievement to her loyal and loving followers.

"This would not have happened if it was not for my fans who are supporting me by buying my music. It came as a surprise but I am thankful. It feels good that there are people who still believe in buying a physical copy.

"I have noticed that the majority of my fans, who comprise young and old people, mostly come from where I come from in Zinyoka."

Faku, who only released her debut album Imali in October , took the local music industry by storm with different and powerful collaborations.

Supernova Ami Faku may have been axed in the top 16 of The Voice SA, but she's seemingly getting the last laugh with her fast-rising music career.
Entertainment
2 years ago

Today the rising star will drop a collaboration song uWrongo on which she worked with Prince Kaybee, Black Motion and Shimza.

Faku seems to be going from strength to strength since five of her tracks appeared on the Top 100 RAMS Radio chart last year and this year.

The singer said that after a hectic festive season she wanted to recover and focus on promoting the full album.

She said she has been enjoying being a professional music star and the experience has been eye-opening.

"I used to be in the audience and watch artists performing. But now I stand on the other side and entertain them. But I have realised that the industry is totally exhausting."

Faku started making a name for herself when she auditioned for the singing competition The Voice South Africa and was picked by Lira in 2017.

Although her time on the show was short-lived, she caught the attention of its music director, who later connected her to record label boss Raphael Benza.

Since then she has collaborated with Sun El, in the song titled Into Ingawe which has over 2.2-million views on YouTube.

Into Ingawe remains one of the most listened to songs on SA radio, after reaching over one million streams within three weeks of its release.

With her charisma, honesty, song-writing precision and the voice of an earth-bound angel, Faku has what it takes to achieve great success.

She said writing songs from her own experiences was easy and the only way to tell an honest story.

"As musicians, we can write and sing songs about absolutely anything, but writing about our own experiences is only easy when you want to share those with the world and I have no walls up. I want to share my experiences and people must relate to my music," Faku said.

She defines her music style as modern Afro-soul packed with emotional lyrics.