'We were going to lose out'- Babes and Mampintsha 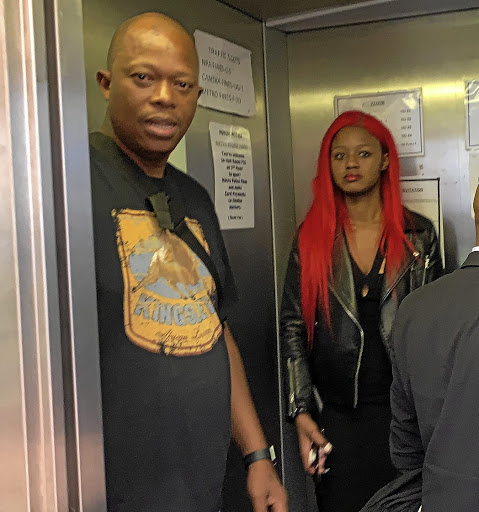 Gqom music stars Mampintsha and Babes Wodumo stopped Moja Love from broadcasting their reality show because they were concerned about losing money from reputational damage.

The pair, approached the high court to interdict the flighting of the documentary, which among other things was to show the couple embroiled in drunken fights.

The show was meant to be broadcast on Thursday last week on DStv Channel 157.

Sources who have seen footage of the reality show said Babes Wodumo and Mampintsha were depicted as a notorious duo in the mould of Bonnie and Clyde.

According to a source close to Moja Love, who saw an early edit of Impilo: Mampintsha West Ink, the documentary recorded their drunken fights and portrayed Babes as the aggressor.

"It's terrible. They are drinking and fighting. Babes instigates a number of fights. So like you saw in the promo on social media, there is a lot of that," the insider told Sowetan.

"It's Babes drinking a lot, both of them drinking at some point and them fighting afterwards. So when she's drunk she hits him. But on camera you never see Mampintsha hitting her back.

"Babes was not going to be depicted as a victim, but as somebody that is part of the problem and someone that is very erratic."

I only care about my wife, church - Rev Simelane
Entertainment
2 years ago

Another source shared that when the show was previewed in December it was billed as a three-part special that ran under a different name - although they forgot the title.

The insiders said that the December edit was far more balanced and didn't favour Mampintsha's version of events.

"I don't know what happened in-between December and now because it was now promoted as a series and under a different name.

"From what I gathered the current one favoured Mampintsha's version of events. The initial one was a special that tackled different dynamics in their relationship - sort of Bonnie & Clyde."

In an affidavit, Mampintsha, whose real name is Mandla Maphumulo, said the show would cast both of them in a bad light.

"Any unfavourable personal conduct by myself and my girlfriend viewed by my fans and large audience would reflect us in a bad light. This would not only harm our goodwill but also other musicians associated with me.

"The second respondent's and my prima emanate from our right to privacy and our good name as well as the financial and professional consequences that result from it."

Mampintsha said the material which was about to be broadcast violated their rights to privacy.

Moja Love's head of Channel Bokani Moyo said: "The channel is committed to broadcast fair and honest programmes reflecting the lived experiences of all South Africans."