AKA confirms split from DJ Zinhle 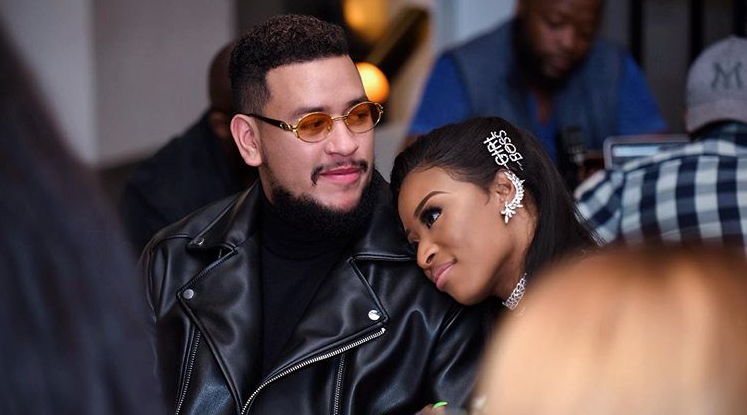 AKA confirmed that he had split from DJ Zinhle.
Image: DJ Zinhle's Instagram

After weeks of speculation, rapper AKA has confirmed that he and DJ Zinhle have split.

The Baddest hitmaker spilt the tea in an interview on Metro FM on Wednesday afternoon, telling DJs Sphectacula and Naves that he went on holiday “as a single man” for the first time in years.

“It’s been a crazy start to the year, I had to go away. I went on holiday. I was just speaking off-air that I went on a very cold holiday. As people might have noticed it’s my first holiday being a single man for many, many years,” he said.

AKA did not go into details of the split but said he was “re-centering” himself for 2020.

“It was a bit different but you know it was a boys trip and it was all about just re-centering myself for 2020. We have so much coming up this year. I’m just getting myself in the right frame of mind to continue to dominate the radio, the charts and everything else.”

News that the couple's relationship was on the rocks first surfaced earlier this month when City Press and Sunday World reported that they had broken up.

When contacted by SowetanLIVE's sister publication TshisaLIVE at the time, AKA’s manager, Phumza Nohashe, said: “I don't comment on his personal life. Ask me about his professional life and I can comment on that. So at this point I won’t be giving comment.”

Zinhle has remained largely silent on the claims, enjoying a holiday with friends in Mauritius while the rumours spread.

She shared a post about not being phased by gossip and later responded to a teaser post about the story by editing the headline from “AKA dumps Zinhle over Cassper” to “DJ Zinhle crowned the number one female DJ in Africa”.

She said she had “fixed” the headline to reflect “news that is accurate and fair”.

Zinhle also had fans guessing when she retweeted a poster promoting AKA's upcoming tour and commented on a picture of the rapper and the couple's daughter Kairo together, saying, “Love you two”.

SNAPS | Kairo's first day of school is the cutest thing ever

Kairo is getting so big!
Pic of The Day
2 years ago

If you're looking for travel inspo, look no further than these celebs.
S Mag
2 years ago
Next Article