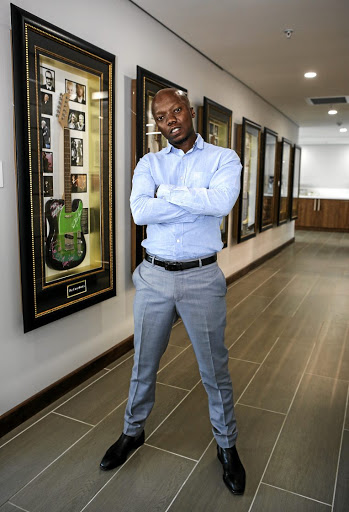 The former Metro FM DJ, whose real name is Thabo Molefe, last month suspended most of Soweto TV's producers in what some say is part of his "take-over bid" for the station.

Tbo Touch, who used to run his own online TV station called Touch HD, was appointed Soweto TV director about seven months ago.

He has since been acting as CEO following the axing of Bridget Nkuna in September.

Now the popular DJ finds himself at the centre of a storm between the station's founders and its current board. Tshepo Thafeng, the founder of Soweto TV, is alleging the station's board was not democratically elected.

Thafeng told Sowetan yesterday he has reported the matter to the complaints and compliance commission of the Independent Communications Authority of South Africa (Icasa).

"It is also not clear where the AGM [annual general meeting] was held, who attended the meeting and who audited the financial statements. The AGM was also not advertised, as per the law," he said.

Thafeng said he was also concerned that Tbo Touch's position was never advertised.

"Even when you are acting CEO, the position needs to be advertised," he said.

Thafeng raised concerns about the suspension of the production team.

"How can you suspend most of the production team? In other words you are saying all producers are wrong and you're right. That's impossible," he said.

Icasa spokesperson Paseka Maleka confirmed receipt of the complaint in relation to the election of the board.

"The complaints and compliance commission is investigating the matter," he said.

The outspoken Tbo Touch is accused of running the show with an iron fist after he placed nine of the station's 11 producers on suspension without formally charging them on Monday last week.

Two insiders, who spoke to Sowetan, said the nine producers were put on ice after they lodged a grievance last month about being required to do more work when Soweto TV was running short of resources.

An example was that 11 producers were required to use one car to do shoots daily.

A media statement sent out this week said "the community of Soweto" was unhappy about not being involved in the channel any more.

"The community is convinced that the board has been appointed illegally and Icasa is aware since the community has communicated with them more than once with no success," read the media statement.

Whether it’s in entertainment or business, Thabo Molefe – also known as Tbo Touch –has always been a major inspiration to others. From heading ...
SebenzaLIVE
2 years ago

"Since the arrival of this board, staff morale is at its all-time low. Staff is facing intimidation and they are threatened with dismissals when they raise dissatisfaction.

"Molefe and other board members have continuously threatened staff, saying they are not afraid of anyone and they have budget for CCMA and any court action taken against them."

Soweto TV human resources manager Themba Radzilani disputed claims that Molefe has hijacked the community station, saying he was not even being paid to act as the CEO.

"Tbo Touch didn't hijack the station, he was appointed properly with the current board. And everything he does [at the station] is with the mandate of the board," said Radzilani.

He, however, confirmed that the producers were placed on suspension without being charged.

He said the company was in the process of investigating the producers, adding that if the producers were unhappy with their suspensions they had a right to approach the Labour Court for a recourse.

He conceded that the station only had one car for producers, adding that this was due to the company's historical unhealthy financial position.

"This thing [Soweto TV] was bloated with people who are not working. but are expecting payment. There is no such thing that they [producers] are being suspended unfairly," he said, adding that the producers were under-performing.

"We can't be having Soweto TV running gospel shows from Monday to Friday."

He said Soweto TV viewership has dropped to below one million from three million in the yesteryears. "This thing [Soweto TV] was dying."