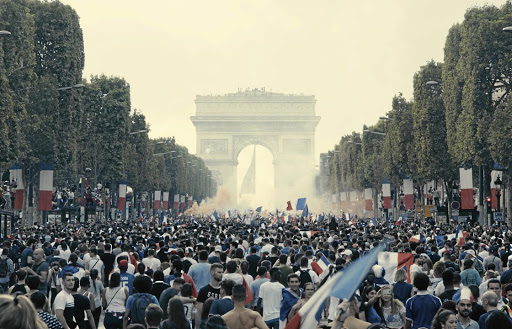 The film Les Mis�rables tackles the topic of the urban riots in Paris, France, in 2005. /Supplied

Football has been a universal language for decades, uniting people, creating a culture of sportsmanship and instilling patriotism.

France was on top of the world following their victorious triumph at the Fifa World Cup 2018 which has made household names out of locals like Kylian Mbappé.

However, for film director Ladj Ly this was the perfect starting point for his global cinematic debut in Les Misérables.

If the movie title sounds familiar you might want to point your déja vu at the 1862 novel and theatrical success Les Mis (as it is affectionately known) which follows the cat-and-mouse tale between a police officer and prisoner who breaks his parole.

Jumping forward to the 21st century this tale is eerily familiar to the global plight of society's downtrodden people who fend off police brutality, paucity and crime.

Ly's movie is set to make history as the first black filmmaker to represent France at the prestigious Oscar Awards ceremony this year, a great feat for his debut feature film.

Ly was inspired by the 2005 urban riots which saw the death of two young boys who were hiding out from violent police officers.

Les Misérables carries an eerily similar air of the many protests that have become a scourge in SA as well.

For model and actor Djibiri Zonga, who stars as one of the corrupt cops, the movie is important today for the topic it tackles. "A lot of people have been telling the story of the riots and they are not from there, they don't know what they are talking about so for the first time, Ladj wanted to tell the truth about what could happen in this area.,"

Zonga says there was an expectation that social change would follow the riots of 2005. "There is so much impunity that it has made people become so angry and develop hate."

"This movie is very dark," says producer Toufik Ayadi, "when I see the celebration of French people, even the black or Arabic people, I see only hypocrisy."

Les Misérables will be in local cinemas from January 17.