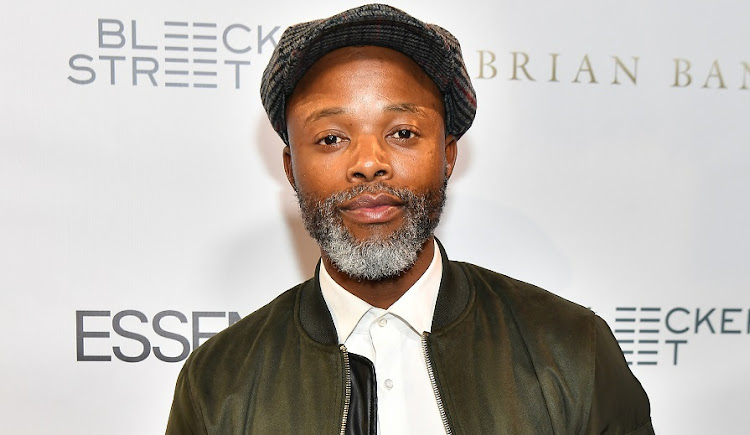 The star confirmed the news in a social media post on Monday, sharing his excitement with fans.

“The cat is out the bag. It’s our time! I am incredibly grateful and proud to be part of this amazing UK series special. I'm forever grateful for this incredible journey in the arts. Mission Take Africa to the World is well in progress,” he wrote.

Thapelo will star alongside Ashley Walters, Noel Clarke and Vanessa Vanderpuye in the series. It's about two cops trying to navigate the streets of East London (East London overseas, not the one by the sea, neh?)

The series has been compared with film series Bad Boys and Thaps cheekily joked that “the Bad Boys of the UK are in SA!".

BULLET PROOF 3 ????? • The cats out the bag. It’s our time! I am incredibly grateful & proud to be part of this amazing UK series special. • Im forever grateful for this incredible journey in the Arts. Mission Take Africa to the World is well in progress. • I’m starring on the biggest UK cop series along side @ashleywalters, @noelclarke & @vvbrownskin . An absolute honour. The BAD BOYS of the UK are in South Africa! • Thank you to the @skyone family & @vertigo_films for trusting me with this role. • From our amazing #Trackers series opening on @hbo @cinemax in the USA & @zdfmediathek in Germany in a few weeks, to being on day 2 of filming the UK series. God I see You ?? • Clink in the link in bio to read up more about BULLETPROOF .Coming soon• A big thank you to my @boss family for dressing my character on the show. No better fit ?? • The Power of Potential is in Process. A God Dream! #BulletProof #KeepMoving #KeepChasing #ThisIsAfrica #AfriCAN ?????✊?

The role comes just months after Thapelo starred in Trackers, adapted from the best-selling book by SA author Deon Meyer.

The series was aired locally on M-Net and will screen in America and Germany in the coming weeks.

Speaking to The Sunday Times last year, Thapelo said it was time for SA talent and stories to make their mark on the world.

“We have so many stories to tell that go beyond the usual stories of Mandela and the like,” he said. “What about the story of 'Baby Jake' Matlala or Miriam Makeba? What about Jomo Sono, who left his wedding to help Orlando Pirates win a football match? These are all interesting stories begging to be told.”

Lesego-Tshepang Mokoena is showing off her growing baby bump in a new social media post.
Eye Candy
3 years ago

Bundle of joy on way for Thapelo Mokoena and wife

Actor Thapelo Mokoena and his wifey Lesego are set to add another member to their family.
Lifestyle
3 years ago
Next Article