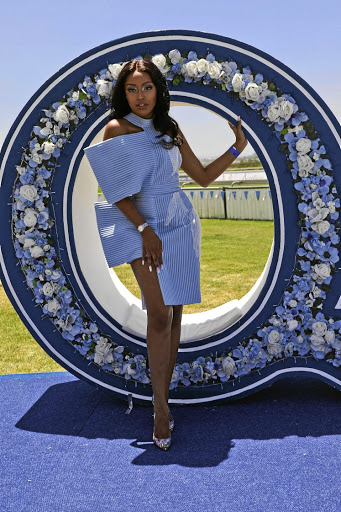 Around 5pm on Saturday, huge smoke descended on the Kenilworth Racecourse in Cape Town, just before the thrilling R1.5m L'Ormarins Queen's Plate (Grade 1) showdown founded in 1861, but it cleared within 30 minutes.

Attendees partied the night away at the after-party headlined by DJ PH.

Muvhango actress Kamo Modisakeng, The Queen star Nambitha Ben-Mazwi and Nandi Mbatha from Isithembiso, were some of the fashionistas who attended the event.

"I have a great relationship with the designer [Zazi Luxury] of the dress. She made it in two days and I didn't even see it prior," Ben-Mazwi said.

"She gets me and understands who I am. It's [dress] very flirty and staying true to the Queen's Plate style." 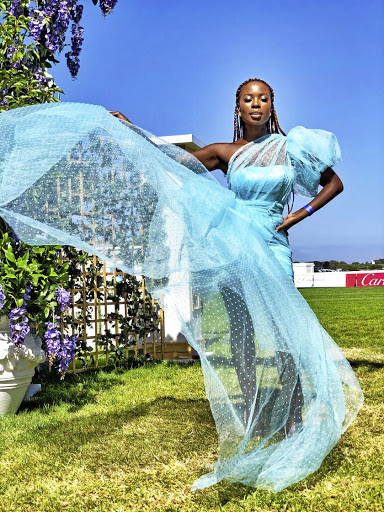 To interpret the blue and white dress code, TV personality Luthando "Lootlove" Shosha kept it clean and sleek in a tailored jumpsuit.

"This is my 10th year attending this event. This event used to be the elitist horse-racing event. A lot of people didn't even know that it existed," Ben-Mazwi said.

"So I can tell you that everyone always respects the blue and white dress code. It's a global event because they also have one in the UK too."

Modisakeng said: "Quiteria created such a futuristic structured dress that was both classy and chic. and I was happy to be part and parcel of such a bold look. I felt as though the look will force others to be more daring in their choices and stop playing it safe."

Nandi Mbatha glams up for the races

Isithembiso actress Nandi Mbatha is one of the celebrities expected to light up the star-studded L'Ormarins Queen's Plate Racing Festival tomorrow at ...
Entertainment
2 years ago
Next Article