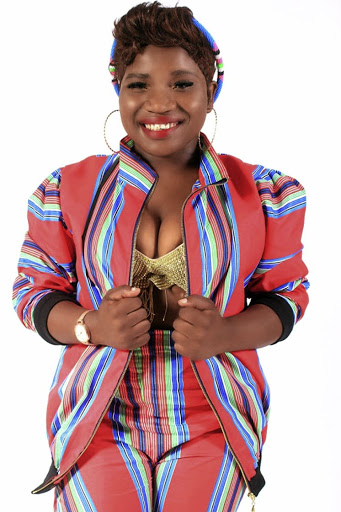 Limpopo Artists Movement has intervened in the nasty money fight between Matorokisi hit-maker Makhadzi and her manager.

Makhadzi, real name Ndivhudzannyi Ralivhona, on Monday sent shockwaves on Facebook in a lengthy post that detailed her ongoing battle with Nephawe that triggered the viral trend, #FreeMakhadzi.

"We cannot tolerate such behaviour. The is no way we can allow artist's managers to do as they wish. Makhadzi worked really hard and she deserves better," Mashabela said.

"She lodged a complaint with us about late payment. She has to beg her manager to pay her and she's just paying her half the money.

"Another thing is that Rita doesn't communicate well with Makhadzi on a number of things."

Nephawe denied all of Makhadzi's claims in a statement issued to Sowetan yesterday.

"For the recent gigs, Makhadzi has been paid and the last payment was transferred to her personal account on the 04th day of January 2020 while I was with her at Midrand," Nephawe stated.

"I have never been absent without leave on Makhadzi. From the 27th day of November 2019 to the 2nd day January 2020, we performed in about 21 gigs, not 40 gigs as alleged on social media.

Sowetan has seen proof of payment made to Makhadzi's bank account.

According to Mashabela, Nephawe and Makhadzi don't have a signed contract outlining the terms of their working relationship.

"How can that happen? Mashabela said.

"So we want to engage with Rita to get clearance on the performance agreement.

"So she [Nephawe] keeps paying Makhadzi in small installments every time she calls to ask for her money. For some other gigs she doesn't even get payment.

"As a union we cannot allow managers to take 50% or more from artists. That is not the standard."

Nephawe confirmed to Sowetan that she doesn't have a signed contract with Makhadzi.

She said they had been working together since 2004 and have released four albums during the period.

"We have an oral agreement with Makhadzi in terms of which she is entitled to 75% of the profits after all expenses have been met," she said.

"The reason why we do not have a written agreement is due to the fact that Makhadzi was given a written contract for her perusal and comment, which to date, when she was contacted with regards to the said contract, she kept on saying that she will revert.

"I have since been waiting for the said contract from Makhadzi."

Four released on bail after arrest.
News
1 year ago

Maskandi sensation Mbuzeni Mkhize is riding the crest of a wave.
Entertainment
1 year ago

It’s not her sequined shimmering skirt that catches the crowd’s attention but her voice.
Entertainment
1 year ago
Next Article