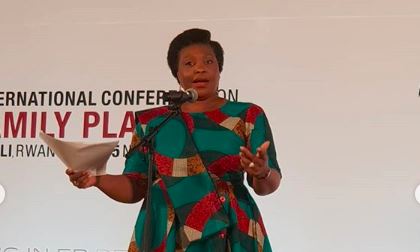 Veteran musician Yvonne Chaka Chaka has urged the continent to cast off the dark chains of xenophobia and work together to make Africa better.

2019 will in part be remembered for a series of Xenophobic attacks which gripped the country.

Ma Yvonne Chaka Chaka's daughter Fortunate was one of several business owners who lost merchandise worth thousands of rands when looters destroyed her store in Maboneng, Johannesburg and made off with all its stock during one of the attacks.

Speaking to TshisaLIVE after that incident, Ma Yvonne said she was sad to see Africans turn against each other.

Looters make off with R150k stock
News
2 years ago

She said that SA and its neighbours had united to help victims of Cyclone Idai in March but quickly forgot their humanity during the xenophobic attacks.

"South Africans are not bad people. We have helped our brothers, but sometimes we forget that we are all human, we are African."

She said that South Africans had often been given support and refuge on the continent in its dark days but now we seemed to be more preoccupied with fighting each other.

"I don't know what South Africa is getting into. You do not live or work alone, we are dependent on each other. Other nations helped us when we were in need but now it seems like we are at war with our own," she added.