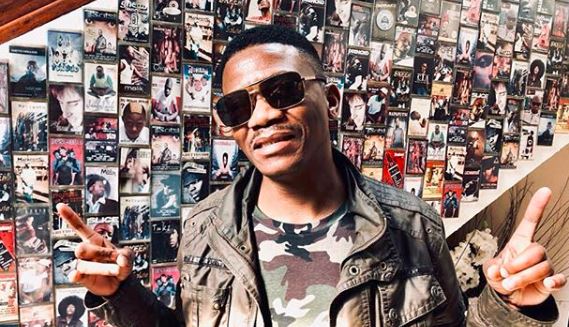 Not all is lost for singer and songwriter Ishmael Morabe who's picked up the pieces and striving in this life thing!

He took Mzansi by surprise when he revealed that he had plans to tap into "boere musiek".

During an interview with Metro FM's Rams Mabote in Febraury, Ishmael spoke about his plans to try to spice up his music career by doing something completely different. "I was thinking of jazz but something that people are not thinking about is: why doesn't a person try a little bit of boere musiek?"

He added that he would love to mix it with some of his unique sounds to make a track that would be proudly South African. "Music is music. (I hope to) at least sample a boere musiek vibe. I have been thinking about it. Let's see what happens."

Late last year Ishmael made a comeback and released a hit song that took the nation by storm. It was centered around the old kiddies' fave, Takalani Sesame theme song called Takalani (Ever Since).

The song sampled the theme for a trap remixed chorus about Ishmael’s musical journey from when he was a child.

Throughout his illustrious 30-year music career, Ishmael did it his way. His greatest hits spread across different genres — from hip-hop, kwaito, R &B, Afropop and gospel.

Although he experienced a rough couple of years, Ishmael was happy to be back on his feet.

In an interview with Sowetan in September last year, he said he believed his downfall began when he left his longtime record label Muthaland Entertainment (formerly Ghetto Ruff) in 2015, and embarked on a rollercoaster ride to release his music independently.

“Knowing what I know now I would have never gone independent. I think you need to focus on your creativity, let someone else worry about marketing it. But obviously for other people it might be different. I hate struggling, maybe I'm lazy. When you are independent you have no resources and it's tough.'

“When you are with a big record company everything is big, and the support system is beautiful for an artist. You feel like you are an important person in people's lives. It's a warm blanket.”

Things are starting to look up for Ishmael after he realised the importance of swallowing his pride and returning back to Muthaland Entertainment.

Ishmael picking up the pieces

After a life of pitfalls, Morabe is ready for transformation.
Entertainment
3 years ago

The rise of the SA hip-hop wave in the 1990s was propelled by the gale that is rap in kwaito, a juggernaut genre that swept the whole country into a ...
Entertainment
2 years ago

Local artists still keeping it real or losing the plot?
Entertainment
3 years ago
Next Article