#LoveWins for these celebs 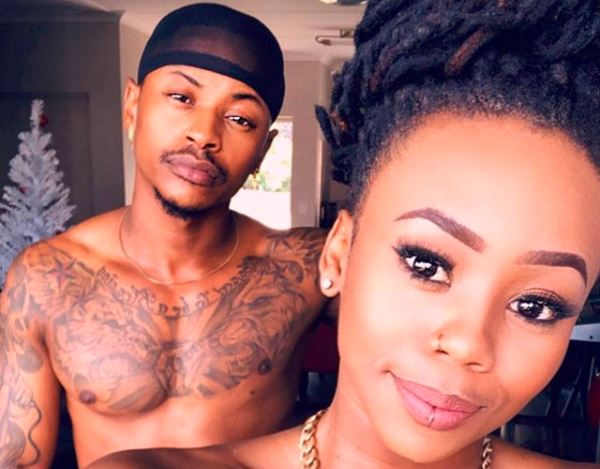 It's no secret that relationships are hard work, but watching some of Mzansi's faves continue to win at this love thing will give you goosebumps in all the right places.

One couple that serves #lovegoals on steroids is rapper Priddy Ugly and wifey Bontle Modiselle.

In September, the couple tied the knot in a beautiful traditional ceremony, which they managed to keep on the down-low.

Priddy and Bontle sealed the deal in the presence of friends and family, who shared a glimpse of the wedding via their social media accounts.

Stans dubbed #RickJadeWedding a whole mood and applauded the set-up and matching outfits, which showed just how in sync they really are. The couple have since also welcomed their first child together.

All love and blessings to @ItsPriddyUgly and @BontleModiselle. Thank you for allowing us to celebrate your union with you. You're both amazing people and deserve all the happiness in the world ??#RickJadeWedding pic.twitter.com/9FH1zcViS9

Another couple who is in it to win it is Somizi Mhlongo and Mohale Motaung who also tied the knot in September. The star-studded traditional wedding took place at Mohale's family home in Kibler Park, Johannesburg.

Just two months after their lavish traditional wedding, in November the couple were already planning their second wedding. They were choosing the right stones for their wedding bands.

Earlier this year, Sunday Sun reported that the much awaited wedding would take place at four different venues, with the main ceremony being staged on the Nelson Mandela Bridge in Braamfontein, Johannesburg.

The KINGS. @gertjohancoetzee took us to Egypt. Perfect for our theme. African traditional wedding #somhaletraditionalwedding?

Proving that aging together is important and after seven years of love, Mzansi's faves Dineo and Solo Langa finally said "I do".

The couple tied the knot in September at Embassy Hill in Constantia Valley, Cape Town, against a breathtaking backdrop.

Known for their successful careers in the entertainment industry, it's no surprise that the wedding was attended by their celebrity friends.

They however, tied the knot traditionally in May at an intimate ceremony surrounded by friends and family.

We witnessed our friends seal their commitment to each other in the most beautiful way! What a weekend! #KwakuhleKwethu starts tomorrow 19:00 on @1MagicTV

Ncaaww... Solo and Dineo’s wedding vows will give you the feels

The last episode of #KwakhuleKwethu had viewers in their feels on Monday night after Dineo and Solo Langa said their heartwarming vows to each other.
Entertainment
2 years ago

WATCH | Dineo Langa returns to the mic, sings on stage at Joburg Theatre

You might know her for her role on the popular telenovela The Queen as Kea Khoza, but Dineo Langa has proved that she's definitely a triple threat.
Pic of The Day
2 years ago