Thembeka Shezi back to wreak havoc on Scandal! 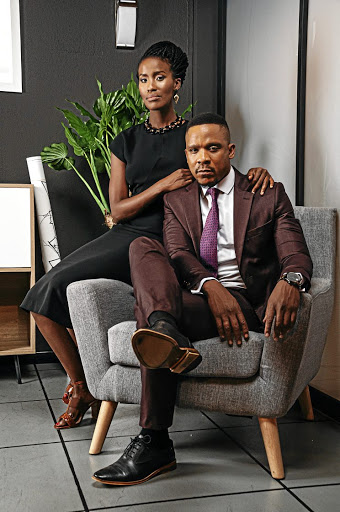 The biggest TV villainess of this decade Thembeka Shezi is back.

Actress Masasa Mbangeni is reprising the love-to-hate role that turned her into a household name.

In 2016, after playing TV's most cunning woman for four years, Mbangeni broke the hearts of six million South Africans when she left Scandal!.

After three and half years, she is ready to spread holiday cheer in the best way by wreaking havoc in the e.tv soapie.

Masasa goes back to school

Actress Masasa Mbangeni has revealed that she’s doing great after leaving e.tv’s primetime soapie‚ Scandal‚ and will be returning to school to ...
Entertainment
5 years ago

"Walking into the set the first time I was super nervous and it felt like the first time. But as soon as the camera started rolling it became familiar again.

"Contrary to popular belief, Scandal! and myself parted on very good terms. When I was asked to come back the timing made sense."

Mbangeni is making her return on December 31 and she's not the only troublemaker back in town.

Inxeba: The Wound actor Bongile Mantsai is making a comeback on December 30 after months off screen as Mthunzi Mayiza. Yes, Mthunzi and Thembeka are teaming up.

"I think people are afraid of inequality because deep down they have the fear that if they allow equality or campaign for it, they will always get ...
Entertainment
2 years ago

"Playing with Bongile has been exciting. He's an incredible actor and he's incredibly generous. Working with Lusanda Mbane [Boniswa Langa] has been fantastic too. They have made me fall in love with Xhosa because my Xhosa is inadequate compared to what they speak."

During her time away from the show she had roles in TV shows such as The Republic, The River, Harvest, Hard Copy, Thola and It's Complicated.

Mbangeni also did a lot of theatre work and for a year was an acting teacher.

But no matter how hard she tried to escape it, everyone just wanted their Thembeka back. "It used to frustrate me. But I've come to realise that the love doesn't come from 'we don't think she can play anything else'," Mbangeni says.

Looking at the state of acting in the country, Mbangeni says the climate is perfect for local actor to make big career moves. "I think it's been a decade of growth. I don't take it for granted to be doing the work I do and in the economy that we live in."

Makgopa thanks her role models.
Lifestyle
2 years ago

"As a little girl, watching these women who look like me opened the possibilities of me being on national TV as a dark toned actress. It opened up ...
Pic of The Day
2 years ago

Now streaming on Showmax: Grassroots and Being Bonang S3

SPONSORED | Where to stream Grassroots, Being Bonang S3 and more local drama
Entertainment
2 years ago
Next Article