Boity labels 2019 her best year ever 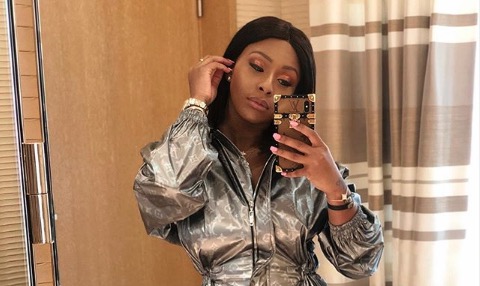 Boity is having a good 2019.
Image: Boity/Instagram

As the year 2019 gets ready to make its exit, Boity Thulo has saluted it for treating her right.

Boity took 2019 by storm, and whether it was her sick bars or glamorous trips,  the 29-year old was noted as one of the celebs who was winning these past 12 months.

Despite getting mixed responses when word first broke out that she was taking on the Hip Hop world after an acting and presenting career, Boity feels she has solidified her space in the bar spitting fraternity.

Just last week, she was honoured at the Universal Music Group's Night For The Stars award ceremony where she was noted for being the first female rapper in SA to go platinum.

She was handed a platinum plaque for her single, Wuz Dat, that got streamed 3.4 million times.

"There wasn't a specific moment when I told myself I wanted to rap. I think it was when Nasty C called me and said, 'I think there's something there'"
Pic of The Day
2 years ago

While one could say that is impressive considering she just got into the game, Boity said she wasn't prepared for such a victory.

“There wasn't a specific moment when I told myself I wanted to rap. I think it was when Nasty C called me and said, 'I think there's something there', and I think there was a little shift that said, 'maybe, actually..." she said in an interview with SowetanLIVE's  sister publication TshisaLIVE.

Boity told her followers on Twitter that she's going to do the most with her 30th year approaching early in the new year.

"Next year is not just about 2020. It’s about dedicating my 30s to something spectacular!"

Next year is not just about 2020. It’s about dedicating my 30s to something spectacular!

The star from King William's Town in the Eastern Cape beat out Snenhlanhla “Sneziey” Msomi for the crown at a packed Carnival City in Boksburg.
Entertainment
2 years ago

We give you the low down on which rapper wore this OM Style Avenue Couture dress best.
S Mag
2 years ago
Next Article