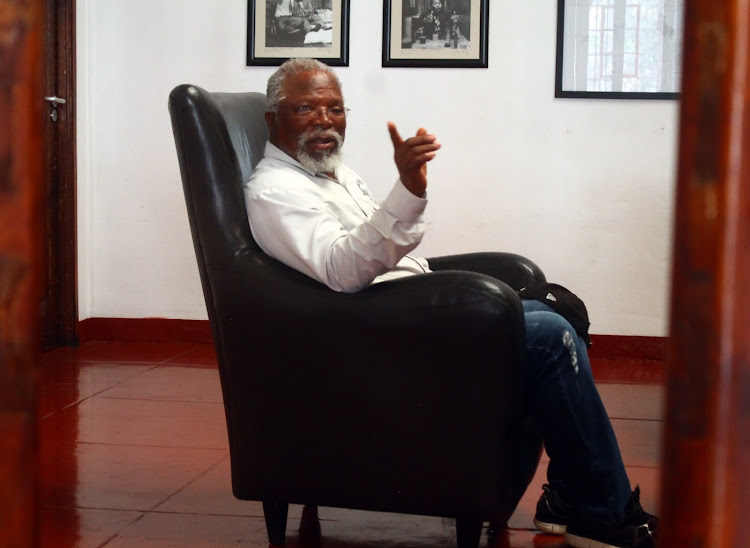 John Kani was a recipient of the Men of the Year award.
Image: Gallo Images / Sowetan / Kabelo Mokoena

Twitter is loving veteran actor and cultural activist John Kani as one of the three cover stars for GQ SA magazine.

The actor was also one of the recipients of the Men of the Year award and was celebrated alongside rapper Nasty C and Tristan du Plessis, who won in the musician and designer of the year categories, respectively.

The ceremony was held on Sunday at Johannesburg's Houghton Hotel.

Kani shared the news on Twitter on Monday, much to the delight of his followers, who could not help but love his clean look and congratulate him for the well-deserved recognition.

Thank you to GQ MAGAZINE and HENNESSY for this honor. Thank you to Yati the Editor in Chief of GQ pic.twitter.com/pEbyFdcn6q

Here's a glimpse of what tweeps had to say:

Congratulations my mentor, u deserve every honour and it is even long overdue.

Congratulations ???? Tata, may you continue to inspire us

Sir, you are a true hero, a scholar, a worthy elder. I salute you, Tata!

Magazine editor Nkosiyati Khumalo said of the winners and awards ceremony: “South Africans habitually dominate every field they touch. With that in mind, we thought the time was right to create a new celebration, right here at home, to honour the achievements of the men and women who define our culture today and who propel us forward.”

Every now and then something will hit me in the face - a piece of music, a work of art, a pithy remark - that will change the way I look at things.
Opinion
1 year ago

Iconic stage, TV and film actor John Kani has appealed to all men in the creative industries to stand up against gender-based violence.
News
2 years ago
Next Article