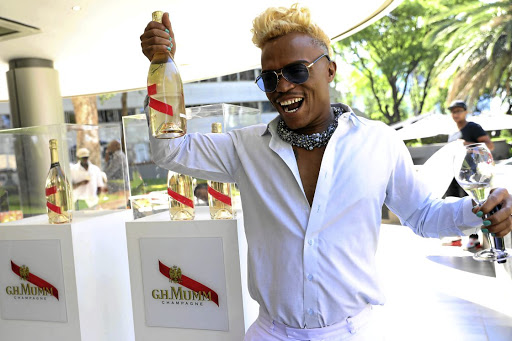 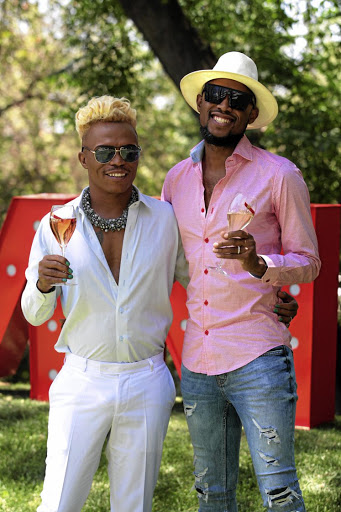 TV and radio personality Somizi Mhlongo has made history by becoming the first person in Africa to have his own signature GH Mumm demi-sec champagne.

The French champagne, which has been on the market for 200 years, unveiled Somizi's demi-sec yesterday in a stylish event at the Maslow Hotel in Sandton.

The event was graced by Mhlongo's close friends such as Basetsana Kumalo, Lerato Sengadi, TT Mba, his hubby Mohale Motaung and the GH team from Johannesburg and Cape Town.

"I have always been aligned with fine things in life. Mumm saw an opportunity and when they approached, I did not hesitate because I always wanted to be part of it. The universe has realised that," a delighted Mhlongo said.

Mhlongo has been a brand ambassador for GH Mumm for two years. "We collaborated and produced a flavour that defines me. This one is not a hundred percent demi-sec but a combination of brut, demi-sec and rosé ," he said.

GH Mumm and Martel Cognac assistant brand manager Ntumi Kondile said: "We chose Somizi because he is a great fit and he is authentic. He embodies the values of GH Mumm because it is a family brand and Somizi is family oriented."