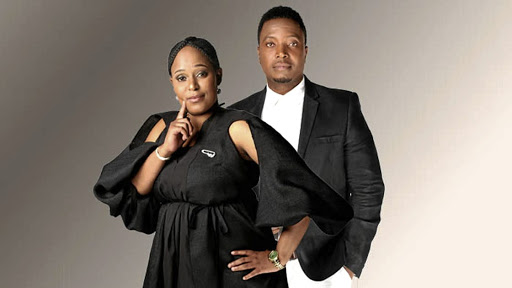 Ukhozi FM presenters Zimiphi "Zimdollar" Biyela and Khathide "Tshatha" Ngobe are off the hook after a song that was banned by the station for its "explicit" lyrical content was played during their weekend show two weeks ago.

The two presenters host hugely popularly maskandi music show, Sigiya Ngengoma, on Saturdays from 10am until noon where a featured deejay played a song that the SABC had banned, Suka Phezu Kwami, by Swenkangemali.

The national broadcaster had deemed the song too sexy for its airwaves. However, maskandi fans are lapping it up on YouTube. The song composed by Swenkangemali - real name Sanele Mthalane - features female singer Thandoluni Phungula on vocals.

Though some find the song amusing, other social networks users have complained about the song being about sex.

Parts of the lyrics go: Ujuluka ubala nje, suka phezu kwami.. iyakwehlula lento oyenzayo (Loosely translated, you are sweating for nothing; get off me, you don't know what you are doing).

Biyela denied that as the presenters on duty with Ngobe, they were responsible for playing the song in their show.

"The song was part of the mix that was played by the DJ who was featured on the day. So, we have nothing to do with the playing of the song because we don't mix songs and we don't even know how mixing is done," Biyela said.

Sowetan attempted to get a comment from Ngobe but his phone was off.

Starlet Sthandwa Nzuza is ready for her TV takeover after 10 years on Ukhozi FM as a deejay.
Entertainment
2 years ago

"The SABC would like to reiterate that the song Suka Phezu Kwami is not on the Ukhozi FM playlist following a decision that the song is sexually explicit and inappropriate for the station's audience."

Seapolelo concurred with Biyela that the song was played by a featured deejay.

"The station acknowledges that due process was not followed and appropriate action will be taken," she said.

Mthalane, who also could not be reached for comment, is also the brother of SA's current Boxer of the Year, Moruti "Baby Face" Mthalane.