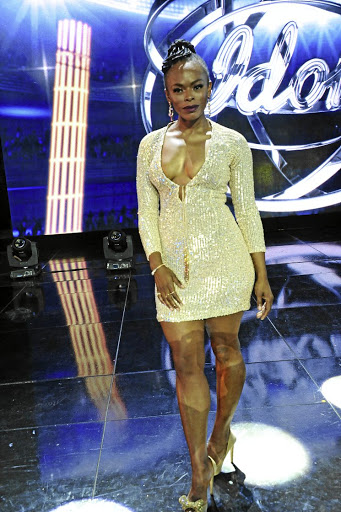 Idols SA judge Unathi Nkayi is in hot water with the Broadcasting Complaints Commission of South Africa (BCCSA) over her "tribalistic" comments.

Nkayi made a comment on live television that some viewers deemed tribalistic.

Yesterday, the BCCSA confirmed that they received a complaint about the episode of the reality television show that aired on November 10.

Nkayi made controversial comments that Xhosa people are "tired of holding up the nation". This was after Luyolo Yiba, from the Eastern Cape, had delivered an amazing performance.

"On behalf of the Xhosa people we are tired of holding up the nation. From Ntate [John] Kani to the son [Atandwa Kani] in Black Panther, to Miss South Africa [Zozibini Tunzi], to Siya Kolisi [Springbok captain] winning the [Rugby] World Cup, to Unathi [a] published author, we are happy that we finally have someone from the Eastern Cape in the finale," Nkayi said.

She has since apologised for her comments.

"We can confirm that we only have one complaint with regards to the programme of the 10th November and cannot comment on the matter since we are yet to consider the matter," BCCSA registrar Shouneez Martin said.

Mzansi Magic also confirmed the complaint and said they were currently engaging with the BCCSA.

"We have been in contact with the BCCSA in regard to the same query you are referring to," said Philly Kubheka, head of department for public relations and publicity for M-Net's local entertainment channels.

The Qwabe twins, Viggy and Virginia, are ready to take on the music industry by storm and will drop their first single Hamba.
Entertainment
1 year ago

"Mzansi Magic does not condone any form of tribalism as we believe in an inclusive society, which is depicted in our programming.

"Unathi was immediately reprimanded for her personal views made on the Idols platforms. She then went on to apologise on air and social media."

Contacted for comment Nkayi referred all questions to Idols SA and Mzansi Magic.

"Please speak to Idols PR as they have told you previously. Please can you do as Idols and Mzansi Magic PR has requested. I'm asking you to call my PR because I'm not allowed to speak," Nkayi said.

"For some reason you are not respecting their humble request and you want to get a comment from me. I'm following their orders and I ask that you do the same.

"As I said I'm in a car with my daughter. I fetched her from school and [am] taking her to ballet. Please can you give me the least of that respect to be a mom," she added.

After her comments were met with outrage, Nkayi took to social media to issue an apology. "It saddens me that I have broken so many hearts with what I said tonight," Nkayi wrote at the time.

"What I saw was a beautiful joke being passed around this past week by so many South Africans, not necessarily Xhosa, and [I] wanted to share.

"I was wrong and I shouldn't have. I'm sorry if I have hurt your feelings."