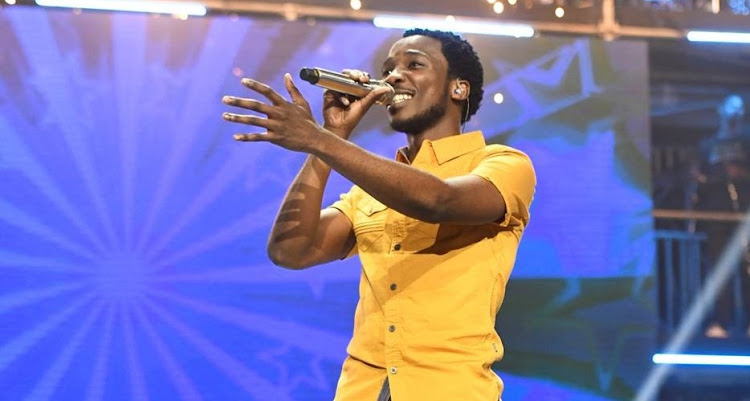 The streets of King William's Town in the Eastern Cape erupted after Luyolo Yiba was crowned this season's winner of Idols SA.

Luyolo, who hails from the town, beat Snenhlanhla “Sneziey” Msomi for the crown at a packed Carnival City in Boksburg on Sunday.

Luyolo won a prize package worth more than R1.5m, including R1m cash, a Huawei Matebook X, GT watch, B525 Router, 20GB of Telkom Data, a Ford Fiesta 1.0 Ecoboost, a R100,000 Truworths voucher, R80,000 worth of Yahama music instruments and a record deal with Gallo.

Residents of King William’s Town braved the cold to watch the finale at a public viewing location provided by the local ward committee.

The area erupted when Luyolo won, with cars packing the streets to celebrate.

King William’s erupted into celebration after Luyolo Yiba was announced the winner of #IdolsSA season 15. pic.twitter.com/A4ylspSKRl

Proud aunt of Idols winner Luyolo Yiba, Thandiwe Magwaza-Mahlangeni, 58, celebrates outside Yiba’s King William’s Town’s home with neighbours. “From an early age, he would go around carrying his guitar where ever he would go ... We are so proud of him.” Video: MALIBONGWE DAYIMANI pic.twitter.com/oOxPTuCj9x

Speaking to TshisaLIVE, the singer said he saw videos of the celebrations and was humbled by the support he had received.

“I couldn't believe what I was seeing in the videos. I am just so grateful to each and everyone who came out and supported me,” he said.

There was just as much pandemonium on social media, where fans flooded Twitter with messages congratulating Luyolo.

King William's Town has a Rugby World Cup winner in 2019. Lukhanyo Am

A performer. A singer. A talent. An international superstar. A humble soul. I can't wait to buy all your albums and attend your sold out concerts. You deserve your win and every great thing in your future. Congratulations Luyolo!?? #IdolsSA pic.twitter.com/W15ZaGMblL

Congratulations Luyolo for winning!! Our own John Legend madoda!

Congratulations Sneziey for making it to the Top 2 even after they tried to bring you down by spreading lies! I'm proud of you my baby #IdolsSA pic.twitter.com/gOfcgXry7v