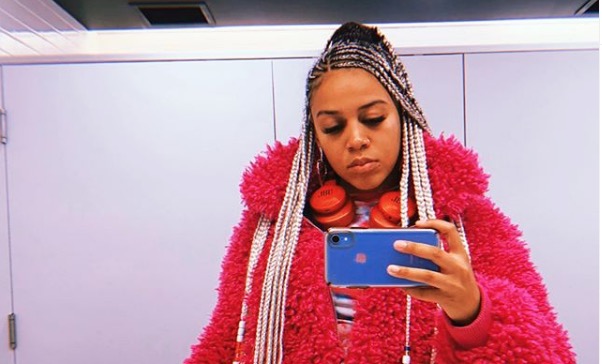 It's no secret that Sho Madjozi has long since become a national treasure, but the success of her hit track John Cena has catapulted her to global stardom.

Sho's track has been taking Mzansi, Africa and the world by storm.

So it's not surprising that when she decided to go out while in Ivory Coast, fans recognised her and went berserk.

Sho sent the continent into celebratory mode after she was invited onto the Kelly Clarkson show and was surprised by John Cena himself.

The singer's success has been a proud moment not just for Mzansi but for Africa as whole.

And, this right here proves how loved Sho is.

Went out in Ivory Coast ?? I didn’t expect to be recognized let alone this ? pic.twitter.com/0gNaUi3V70

Iyoh! South Africa’s superstar rapper Sho Madjozi was surprised by John Cena on the Kelly Clarkson Show.
Pic of The Day
2 years ago

Sho Madjozi’s song John Cena has been a viral sensation since it first came out in August. We round up three of our favourite videos of people from ...
S Mag
2 years ago

Sho Madjozi on cracking it overseas: Finally these people see us as equals

Rapper Sho Madjozi is a force to be reckoned with and sis continues to make her name known across the world.
Entertainment
2 years ago
Next Article