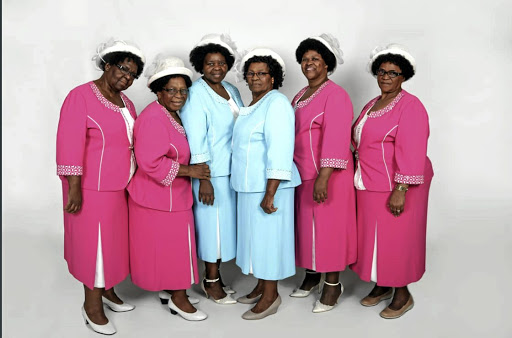 As part of the celebration, they will, for the first time, record a live DVD. The event will be held at the Mbombela Civic Theatre in Mpumalanga on Sunday. The show features Goodman Mgibe and former Joyous Celebration singer Siphumelele Mbambo.

Founder of the group Belina Nkosi, 81, says members were excited that after so many years, they were eventually recording a live DVD. "We have never done a live recording before. We are nervous but excited at the same time."

Nkosi says they had already made a selection of the songs they will be including in the recording and are busy with rehearsals. "We've taken one song from each of our albums and we hope our fans will enjoy our selection," she says.

Lead singer of the group, Fifi Mabuza, says it is by the grace of the Lord that they are still together. "We do have our differences but we do not allow them to deviate us from our vision of preaching the gospel of Christ through music. We believe in forgiveness and unity, those are some of the principles that have kept us going strong," Mabuza says.

Soweto Gospel Choir pays homage to the township it's named after

The Soweto Gospel Choir finally made its debut performance at the township that it's named after.
Entertainment
2 years ago

Mabuza, 61, says since they started singing their mission was to win souls, "hence the name Masibuyele kuJehova".

The six-member group, based in KaNyamazane outside Mbombela, started singing in 1988. At the time they were known as Oomake baseLekazi.

Mabuza says when they started singing, they did not even had intentions of recording. "We were just singing at our local church and started getting invites to sing at social gatherings like funerals and weddings."

She says it is the legendary Derrick Ndzimande that suggested that they should record their music.

"He linked us with a recording company and we recorded our first album," Mabuza adds.

She says they are all shocked at how well people received their music.

ZCC musos score big as 5 are added to Samas committee

ZCC gospel singers have scored a huge victory in their battle to get recognition from the SA Music Awards (Samas).
Entertainment
2 years ago

A group of aspiring musicians  from North West have applauded gospel icon Sipho Makhabane for giving them a platform to launch their careers.
Entertainment
2 years ago

It's all systems go for annual gospel event