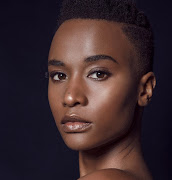 South African men are urged to write love letters to their women. But before you get carried away and start jotting down sweet nothings, it's not that kind of a party.

In preparation of her journey to represent Mzansi at Miss Universe 2019, Miss SA Zozibini Tunzi has called on SA men to write love letters to women with the launch of her #HeForShe campaign.

The letters will be an important part of the design process of a costume that she will don at Miss Universe in Atlanta, Georgia, on December 8.

Tunzi's campaign is aligned with the UN's #HeForShe global solidarity movement that advocates for the advancement of gender equality.

But in her crusade, Tunzi is urging African men to take a stand against gender-based violence.

"I am asking men to write love letters to the women of SA. Those letters will be inscribed onto ribbons of fabric which will form part of my national costume," Tunzi explained.

"In what will be a first, I will literally take SA with me to Miss Universe. I will wear a wave of love from men in the form of love letters celebrating and honouring the women of this country."

Tunzi has urged SA men to pledge their support by posting videos and selfies on social media using #HeForShe and #MissSALoveLetter. In the caption they must include their love letter to SA women.

"Women are constantly being taught how to defend themselves against attack from men. I would like to shift the perception," Tunzi said.

"I want to say that responsibility should no longer rest on the shoulders of women alone. I want the men of our nation to stand and take a stand against gender-based violence," she said.

Some men have already pledged their support for the campaign.

"Dear S/African women, I wish we could be kinder to you. I Marvel at how strong and resilient you are. I have never in my entire life seen a more beautiful breed, inside and out," @MrSilk_D wrote on Twitter.

Gender-based violence has been central to Tunzi's Miss SA reign. "We have no reason to keep on smiling because South African women are dying every day and mostly people are doing nothing about it," she told the judges the night she was crowned.

"It's not up to us, it's up to the perpetrators to start doing right."