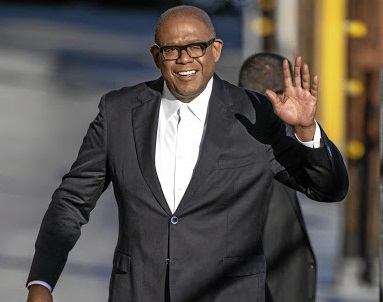 However, the 58-year-old Oscar winner insists he was more than humbled to play the man he's admired all his life.

Based on the play, The Archbishop and the Antichrist, the film is a fictional account of Tutu's search for answers during the Truth and Reconciliation Commission.

Whitaker met Tutu on many occasions in preparation for the role, but also during their UN philanthropic engagements over the years.

"I'm not sure I was able to reach the place that I would have liked to [have] done to justify what a man he is. He's such an important individual and sometimes you just give it your best," Whitaker said.

"You [SA] have produced a couple of leaders that have been important in my life. Nelson Mandela and Desmond Tutu have affected my thinking a lot. It's a great gift."

A fictional movie of Archbishop Desmond Tutu's role in the Truth and Reconciliation Commission is to be released soon.
Entertainment
3 years ago

Whitaker is currently in Johannesburg promoting his new crime drama, Godfather of Harlem, which is airing on 1Magic and streaming service Showmax.

Tonight, the red carpet will be rolled out at the Market Theatre in Johannesburg for the screening of the TV show.

The drama tells the real-life story of infamous crime boss Bumpy Johnson in the early 1960s after 10 years in prison.

The show puts the light on how the criminal underworld and the civil rights movement crossed paths as Bumpy joined with Malcolm X.

"It's a complicated character, that's why I said yes. People have never seen criminality brushed up against the civil rights movement and the politics of today as it moves forward," Whitaker said.

"I have played mob bosses but this is different in the way you go deep into his family, life, dreams and hopes - it's unique. He's just a person reaching for his dreams.

Oprah is expected to give a keynote address remembering Nelson Mandela.
Entertainment
3 years ago

The Global Citizen Festival is a free and ticketless festival.
Entertainment
3 years ago

A host of international celebrities will be heading to South Africa in December to be part of the Global Citizen Festival‚ a free and ticketless ...
Entertainment
3 years ago
Next Article