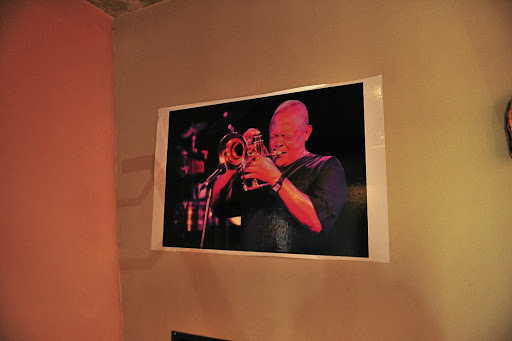 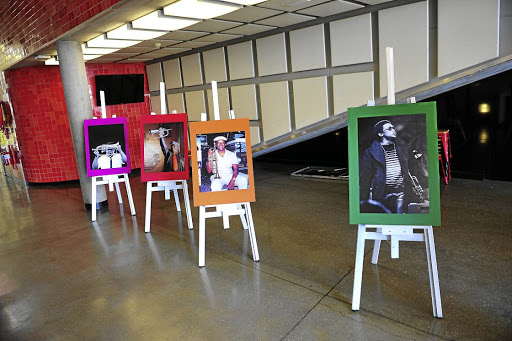 A string of low quality and some unframed photographs of the late music legend Hugh Masekela that are on display at Soweto Theatre in Jabulani have caused an uproar.

The photographs are part of Masekela's travelling exhibition titled No Borders.

Professional photographers said the exhibition was a misrepresentation of those who took the pictures and Masekela himself.

When Sowetan viewed the exhibition, we discovered that the photographs on display, which are copies of originals taken over decades of Masekela's life as an artist, lacked exhibition professionalism. Apart from the poor quality of the copies, the pictures were unframed and the display also lacked artistic credibility.

When curators organised an exhibition, they normally make sure that the space is well designed because it makes a good impression and also eye catching to viewers.

Perhaps the non-framing sought to be in sync with the No Borders theme. Maybe. And that the hapzard display reflects on the difficult travel migrants who have to cross borders without documents have to embark on as they cross borders to seek a better life and safety.

The exhibition is part of Masekela's 80th Birthday Edition of The Hugh Masekela Heritage Festival that is taking place tomorrow.

Seasoned photographer Ruth Motau posted on Instagram that she was shocked and horrified to see the Hugh Masekela exhibition at Soweto Theatre.

She said: "I am disturbed and appalled by how the exhibition on the second floor is presented. Never in my entire life have seen such an appalling presentation or display of photographic works."

"The work is the artist pride and probably the best images that they took. I am speaking as a photographer that no shabby work should be accepted. It is about time that we are respected as artists and creatives. The curators of the exhibition should look at rectifying that mistake. In all images on display... only one picture is given credit... who took the rest of the photographs?"

Festival organiser Mabusha Masekela said the aim of the exhibition was to celebrate the legend's legacy and to remind people of his extensive travels.

He said the exhibition started at the Standard Bank Joy of Jazz in Sandton and it went to Polokwane Book Fair, before it was shown at Emperors Palace.

He emphasised that the photographs on display were not on sale.

Asked about social media concerns, Masekela said: "Some of the pictures that are out of focus were taken from album sleeves. We also tried to credit the photographers we know. The pictures that were in a state of disrepair were taken down.

"The problem is that the exhibition was essentially curated for 2018 Standard Joy of Jazz, the reason we kept them is because there has been a demand. These photographs have been travelling and moving places; they might have lost shape."

Among the pictures showing Bra Hugh holding a horn, is one after he received a trumpet as a gift from Louis Armstrong through Father Trevor Huddleston.

A 'pavilion' fit for a legend

Tombstone for Bra Hugh to be unveiled
Entertainment
3 years ago

Party's reaction to the book exposing Magashule's alleged corruption says a lot about its moral decline.
Opinion
3 years ago